“Working with SAMS made me feel part of a brilliant community of great minds and spirits, committed to care for communities of refugees, not just through health but also through advocacy,” SAMS Global Response volunteer Dr. Kate Markham said of her work with SGR in Greece.

Dr. Markham volunteered with our Global Response team in Greece twice, once in May 2016 and once in June 2016. The program was launched in April of 2016 as a response to the influx of refugees fleeing conflict and arriving on European shores. Since 2015, over one million people have entered Greece, the vast majority of whom arrive through a dangerous sea passage from Turkey. Due to the lack of safe passage to Europe, many face countless risks throughout this journey, with little reprieve from risk upon arrival. Although Greece was once considered a stopover for refugees traveling to other countries in Europe, border closures in March of 2016 led to over 60,000 refugees being trapped within Greece’s borders. Located near Greece’s northern border with FYROM (The Former Yugoslav Republic of Macedonia), the EKO Gas Station was a temporary home for up to 1,300 stranded refugees. The unofficial camp offered little by way of formal services: Doctors Without Borders (MSF), the U.N. refugee agency (UNHCR) and other independent organizations provided tents. SAMS was there to provide primary and emergency care to refugees. It was here that Dr. Markham embarked on her mission with SAMS. “Initially, the informal refugee camp set up near the Macedonian border seemed to me chaotic and potentially dangerous. Placing it on top of a petrol station had its obvious risks, giving me shivers the first time I saw someone light their cigarette,” she said, describing the EKO gas station.

“After wandering through the makeshift lanes and seeing families eating, making music, and dancing together, I realized that this wasn’t a place of fear and desperation, but a bustling community of people, protecting one another.” SGR in Greece is built on SAMS’s model of using an international medical volunteer base, coupled with medical missions and an on-going medical presence that focuses on General Practice, Paediatrics, Obstetrics, Mental Health and Community Health Education. Since its inception, all care provided is free at the point of use.

“On my second day of volunteering with SAMS, I was asked to visit a lady who had recently had a caesarian section at a local hospital. Her scar was infected, and she had been started on antibiotics a few days before. Her baby looked healthy, and I advised her to come across to our medical tents if anything changed. Her family then invited me to sit and enjoy their lunch with them, despite their limited rations of food. We shared meaningful conversations as well as laughter, and I was deeply touched that they invited me into their family life even for a day.”

“Offering primary care services with SAMS allowed me to enter into this community and deliver care with dignity and respect. I spent every day humbled by the laughter of my patients and kind heartedness of my colleagues.” In 2016, SGR performed over 19,361 medical services in Greece. Since our early days in Idomeni and the EKO Gas Station, the SGR missions have continued on a weekly basis. Although SGR began work in the unofficial camps of Northern Greece, the team transitioned into formal camps operated by the Greek authorities as these camps gradually became established from May 2016.

From May 2016, these camps included tented communities inside repurposed warehouses (Karamanli, Frakapor, and Iliadis), each housing 500 to 700 refugees. In late August 2016, SGR began working in a fourth camp which was located near Katerini and sheltered approximately 1500 refugees from a remote Yazidi community in tents exposed to the elements. As winter established in Greece, SGR strongly advocated for the rehousing of refugees to more appropriate shelter. As such, all four camps were gradually closed and communities were rehoused into hotels or apartments in Greece.

To this day, over 60,000 refugees remain stranded within Greece’s borders. Our Global Response team remains committed to ensuring that, despite the uncertainties and challenges of life in displacement, constant provision of health care is available. Thanks to volunteers like Dr. Markham, we can continue to offer free, high quality care. Help us ensure that we can continue to provide care to vulnerable and displaced populations in Greece and beyond. Support SAMS today. 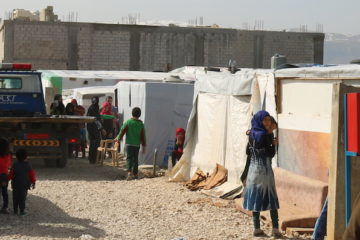 A Leader in Her Community: Meet Hind

Hind El Hamade, 37, is a Syrian woman who lives in a small settlement in the Bekaa Valley area with her five children. Hind lost her husband in Syria, and was forced to leave her parents there when she fled. She struggles as a single mother, responsible for her family,... 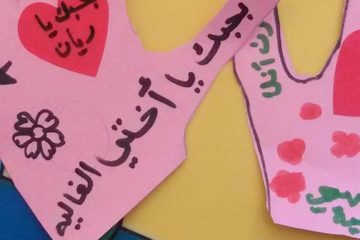 “If we were to create something called ‘human devastation syndrome’ that is what we’re seeing,” with these words, Dr. MK Hamza, Chair of SAMS Mental Health Committee,  kicked off his discussion of mental health in Syria, at the SAMS’s 6th Annual National Conference in Los Angeles, CA on February 18th,...