SAMS Alarmed By Heightened Attacks Against Healthcare Across Syria

Washington, D.C.- Yesterday, the Government of Syria and its allies carried out three aerial attacks on medical facilities in Idlib, Hama, and besieged East Ghouta. These attacks are part of an intensifying escalation of violence directly targeting the medical infrastructure of areas outside of government control.

Yesterday in East Ghouta, at 5 pm local time, a Physical Rehabilitation Center for Spinal Cord Injuries was targeted and completely destroyed. Tragically, the Director of the Rehabilitation department, as well as two patients, were killed in the aerial attack. The center is now out of service. The same day in Hama, a hospital partially supported by SAMS was directly targeted by three bunker buster bombs which penetrated the hospital’s structure, putting it out of service. Another hospital in Kafr Nobol, Idlib was also directly targeted by a missile on the same day, forcing the facility to temporarily interrupt its services. The hospital provides an average of 3,400 medical consultations and performs 151 major surgeries a month.

The attacks in parts of Idlib have occurred in areas designated under the de-escalation zone. Despite an initial drop in attacks against health care in the wake of the de-escalation agreement, this recent escalation indicates a renewal of the blatant strategy of targeting health facilities, a hallmark of the conflict in Syria.

On this sad day, two paramedics and a driver were killed in Hama by an air-to-surface missile while they were on an emergency mission. In Idlib, a female custodian lost her life when an air-to-surface missile directly targeted the specialized maternity hospital where she worked, in addition to injuring three health workers. The hospital in Idlib is specialized in maternal and pediatric services, providing an average of 13,150 consultations, and 1,500 major surgeries per month.

In its July 2017 Monitoring Violence Against Health Care (MVH) mid-year report, the WHO-led health cluster in Turkey, documented 62 attacks on 43 health facilities in Syria during the first half of this year, confirming that the majority of these attacks took place in Idlib countryside. This resulted in the deaths of at least 46 people, including 18 medical personnel, 11 patients, in addition to 89 people wounded, of which 33 were health workers.

“Every time a hospital is attacked in Syria, the local community suffers an immense loss, and crucial access to health care is lost. We are especially outraged to see the use of such illegal weapons such as bunker buster bombs. Most of all, we mourn the loss of life of medical personnel and the patients in their care.” said SAMS President, Dr. Ahmad Tarakji. 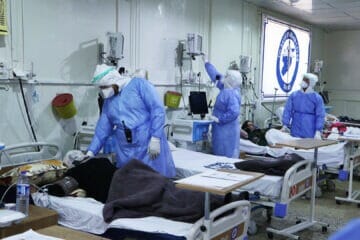 October 13, 2021 Washington, D.C. – Health facilities in northwest Syria are quickly becoming overwhelmed as a new wave of COVID-19 spreads through the area. ICU units at COVID-19 hospitals have reached up to 93% of their occupancy rate, and health personnel are facing a lack of crucial supplies due... 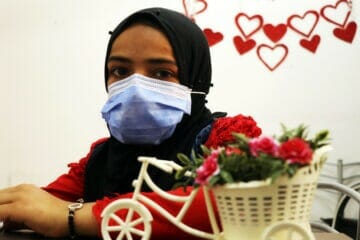 This year on World Mental Health Day, SAMS is shining a light on one of the most important  elements in creating a sustainable future for underserved communities, including IDPs and other victims of conflict and violence. SAMS works to ensure that these communities have access to proper mental health care... 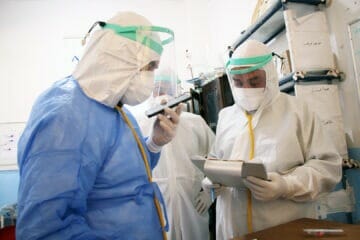 Breathing in a Pandemic: How Oxygen Helps Save Lives in Syria

The ongoing COVID-19 pandemic continues to exhaust our energies, medical capacities and claim human lives across the world. Over the last year and a half, the healthcare system in Syria has faced enormous challenges in attempting to circumvent the spread of the virus while simultaneously facing severe shortages in equipment...