In Besieged East Ghouta, A Family Dreams of Feeding Their Children

Read The Story In Arabic

Abu Azzam, a 38-year-old Syrian man, lives with his family in the town of Hamouriya, East Ghouta.  Two years ago, they fled from nearby Al-Murj after an aerial attack hit their home, killing one of their children and severely injuring another . Now, they live in  an empty and dilapidated old house, with visible cracks in the wall. His wife Manal, or “Umm Azzam” is the head of the household, but she cannot access the supplies and resources she needs to take care of her family.

Manal and Abu Azzam have four children, including Azzam,  who lost one of his feet in the aerial attack on their house in Al-Murj before they fled to Hamouriya. During the same attack, the family lost one of their younger children, and Abu Azzam suffered a serious injury that left him with a permanent disability.

Abu Azzam says that his family eats a small meal every 24 hours that does not sufficiently nourish the children.

Due to the high prices of food and the fact that Abu Azzam is the only breadwinner, the family struggles to survive. They have no access to basic necessities and face great difficulty in obtaining enough food, especially after all passages into East Ghouta were closed off.

“Over the past  three days, we have  only eaten bread, and that’s thanks to our neighbor who gave us a small amount of wheat,”  Umm Azzam says with tears in her eyes.

Umm Azzam says that they had to sell their furniture to be able to buy food. However, now that they have sold everything they owned, they no resources to buy food, even staples such as rice and bulgur. Just a few blankets remain in the home to keep them warm from the impending winter. Abu Azzam, who is unable to work given his health condition, feels helpless and unable to provide for his children. He says that his only hope is  to see his children with full bellies; he wishes to live for the day his family can have the luxury of eating three meals a day.  He wants to see his children  go to school like others their age.

Every night, Um Azzam fills up a saucepan of water and puts it on the stove to give her children the impression that she is preparing a meal. Tired of waiting, they fall asleep to wake up to a new day and new suffering. This illusion is how she keeps their hope alive. She adds that she hasn’t had a cup of tea, not even one to share with her children, in the past few weeks. In the past, the family has relied on the help of others, Umm Azzam says. However, given the current humanitarian crisis in East Ghouta, most  residents are unable to meet even their basic needs – how can they help others?

This  family is one of hundreds, living under stifling circumstances in the siege imposed on East Ghouta, dreaming of being able to feed their children. 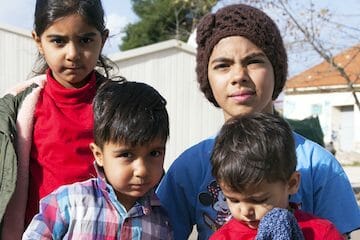 Syrian Refugee Crisis: Facts and How to Help

The past year has brought immense challenges to every corner of the world, and this is especially true for the 80 million forcibly displaced people worldwide. The COVID-19 pandemic has exacerbated the already-poor conditions for refugees, two-thirds of whom come from just five countries – Syria, Venezuela, Afghanistan, South Sudan,... 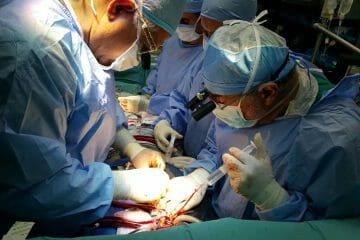 Newborns, Heart Disease and the Road to Care: The Story of Hadi Obeid

One of the biggest challenges for refugees and underserved communities is getting access to vital, specialized care. This is especially true in countries like Lebanon, home to more than 1.7 million refugees struggling to make ends meet amid an economic collapse and the COVID-19 pandemic.  The story of Hadi, a... 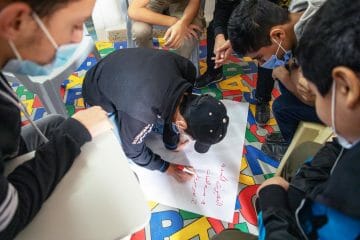 Youth, Mental Health and Resilience in Jordan: The Story of Omar

It is far too often that refugees and underserved communities don’t get the chance to engage in the healing process after trauma-related to displacement and take part in providing critical assistance to their communities. This is especially true in regards to mental health.  In Syria and its neighboring countries, SAMS...