I stood in clinic examining an 8 year old boy with bacterial tonsillitis. My focus was on the back of his throat when I heard the desperate screams emerge from the waiting room. I tried to ignore them at first.  But they were piercing shrieks and they weren’t going to stop. I apologized to my patient and left to investigate. The waiting room was already overcrowded, and I could see further crowds pouring through the doorway creating an assembly of impatient figures waiting to be seen.  The young female, who appeared to be in her twenties stood hopeless, eyes closed and propped up by another slightly older female. She opened her mouth and her screams continued.  The waiting room was attentive, but not surprised. 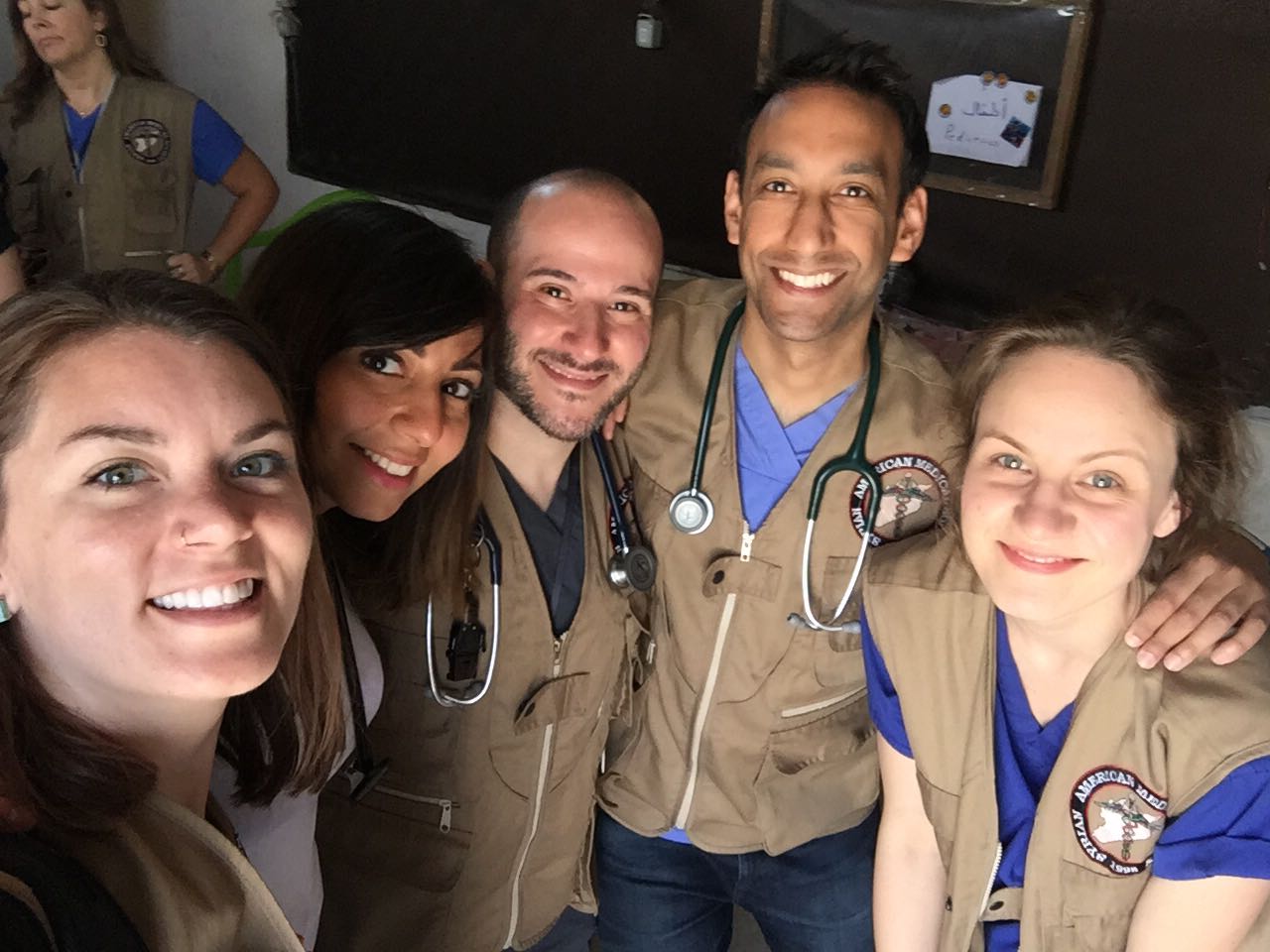 The nurse at triage asked if I would take her in, “I can’t settle her,” she tells me.  Of course,  I agreed.  I guided her in, still helped up by her friend, she laid on one of the examination couches.  I don’t think I even looked her in the face.  Shrieks continued with occasional feeble nods to questions.  Her friend explained she was suffering period pains; and that this was a monthly occurrence. I brought over some pain killers.  She was settling. “Doctor, do you think it could be psychological,” her friend pleaded, looking for answers from me. “It was at this time of the month that her father, and then her brother were decapitated, in front of her.  And she was a woman. So she was sold in a sex market.  She was raped.  By more than one man.  But then she escaped,” she told me. I hadn’t even looked her in the face. 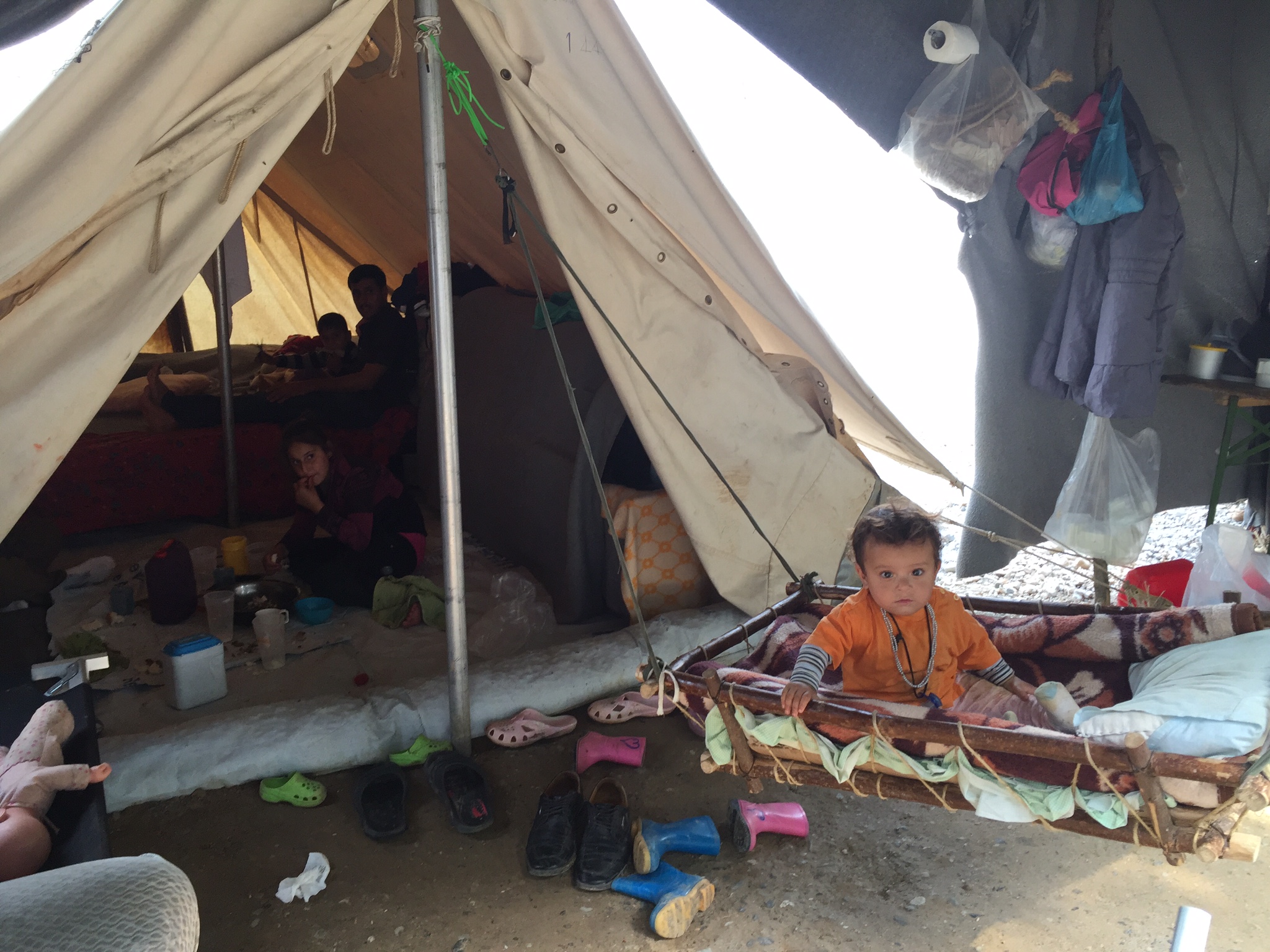 Sara* is a Yazidi female who was forcibly displaced after the ISIS invasion on Sinjar. I met her volunteering with SAMS in Greece.

One person is forcibly displaced every two seconds as a result of conflict or persecution1. 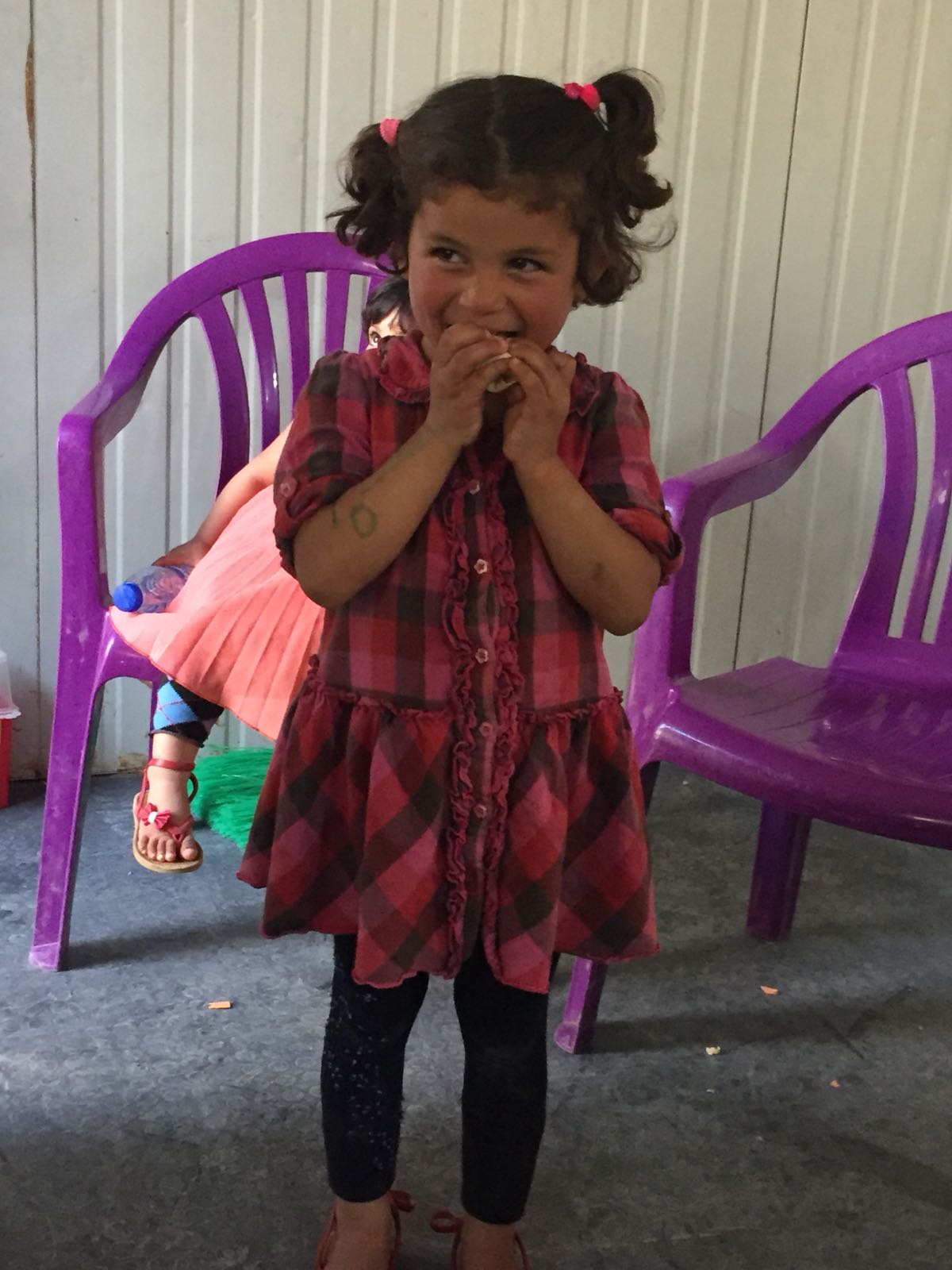 Mariam* is a 16 year old, another Yazidi girl from Northern Iraq. When I met her in Greece she had spent the last two years moving or “being moved” from camp to camp. She escaped after ISIS attacked Sinjar.  She recalls spending 10 days in the mountains of Sinjar, the 50 degree heat, no food, little water.  A teenage girl’s life uprooted overnight.  She taught herself English while in the camp. She tells me how she knew only two words when she arrived but thanks to one of the charities she now knows more complicated words like “stomach” and “bladder.”  I smile, I am impressed, my memory flees back to my teenage years when (in my comparatively perfect circumstances), I struggled to learn a second language.

One day, a 30-year-old man was angry in the queue for clinic.  He had been waiting long to be seen.  The triage team asked him to remain calm. Mariam turned to me wide-eyed.  “Please still see him, I know he is upsetting your staff, but it’s only because of what he has been through. If anyone is upset with him, tell them they can take it out on me instead.”  I am silenced by her compassion, by her empathy and her self-sacrifice – the teenage girl who lived in a refugee camp and who had lost all her worldly belongings and former life.  I am reminded of how I learn so much more from them, than they do from me.

Forced to flee their home and cannot safely return. The pertinent word being “forced;” time and time again I hear the words “I dream of going home.”  This is what Leila* (13) and her mother (42) tell me.  Her mother has depression.  They moved to London after ISIS entered Mosul.  Her mother tells me how her son was kidnapped by ISIS in 2014.  She does not know if he is dead or alive. “Just seeing his corpse would give me some peace.  But I can’t get that.” She is anxious about making ends meet, learning English and integrating. “I thought being so far from Iraq would help me forget, but you take your thoughts and pain with you.” 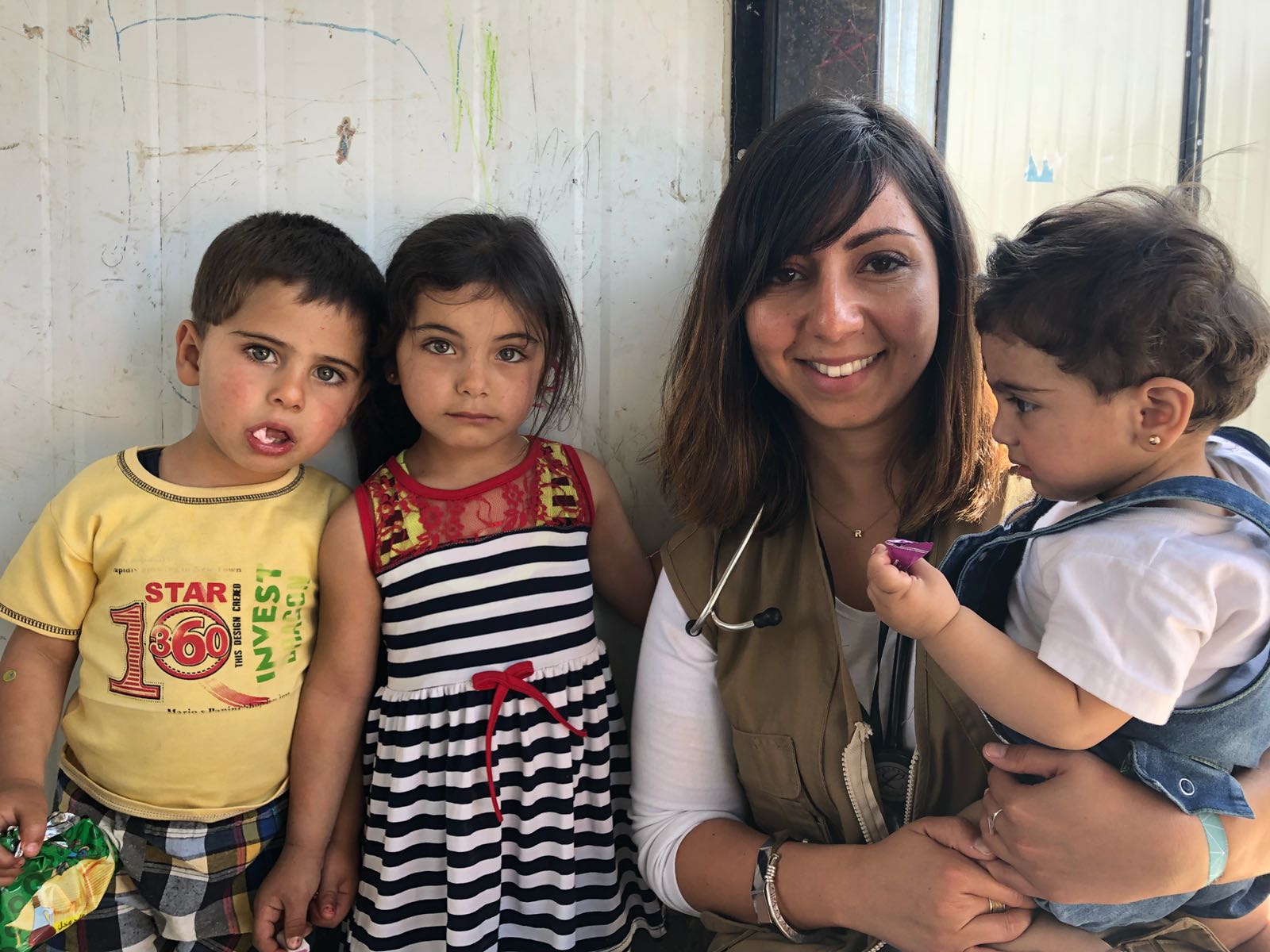 “If you truly believe that all humans are created equal; you can’t sit back and watch people live lives of utter desperation and suffering; for no reason but the circumstance of their birth.” Leila Janah

I think of these words often.  I tell the team leader on the bus home from a clinic in Jordan that I still feel what I am doing is so little when I think of the overwhelming suffering and the need. He is an interventional cardiologist from the States.  “Yes” he agrees, “but the opposite of what you are doing is nothing.” 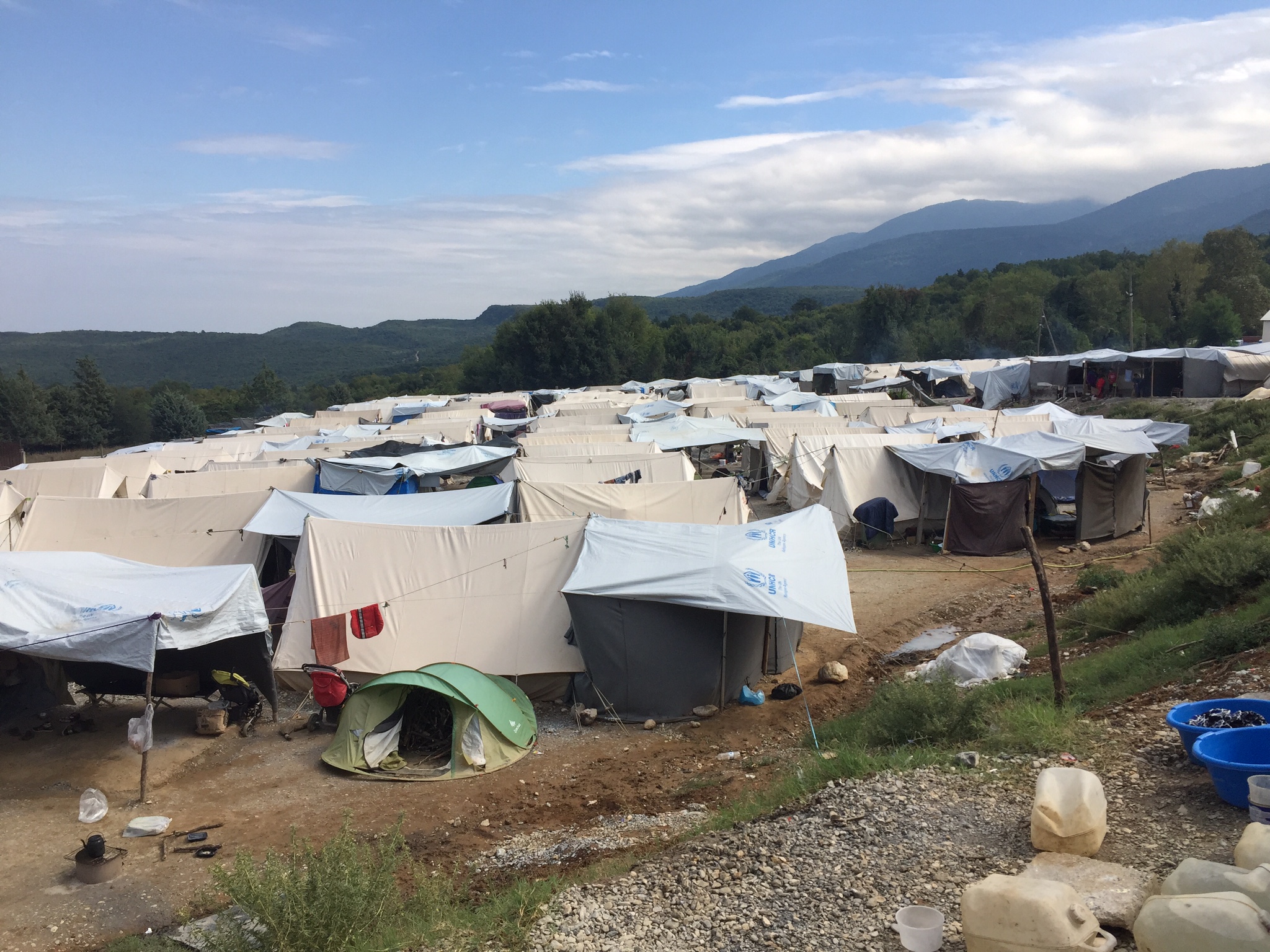 I nod.  And I am grateful to SAMS for allowing me to do my “opposite of nothing.”

*All names have been changed to protect identities.