A Privilege to Serve

My Experience Volunteering in Jordan

There have been a lot of conversations around refugees, everywhere in the world. We’ve heard heated debates and discussions with a sense of panic. These rhetoric have been based on fearmongering, fueled with xenophobic ideas and social profiling. 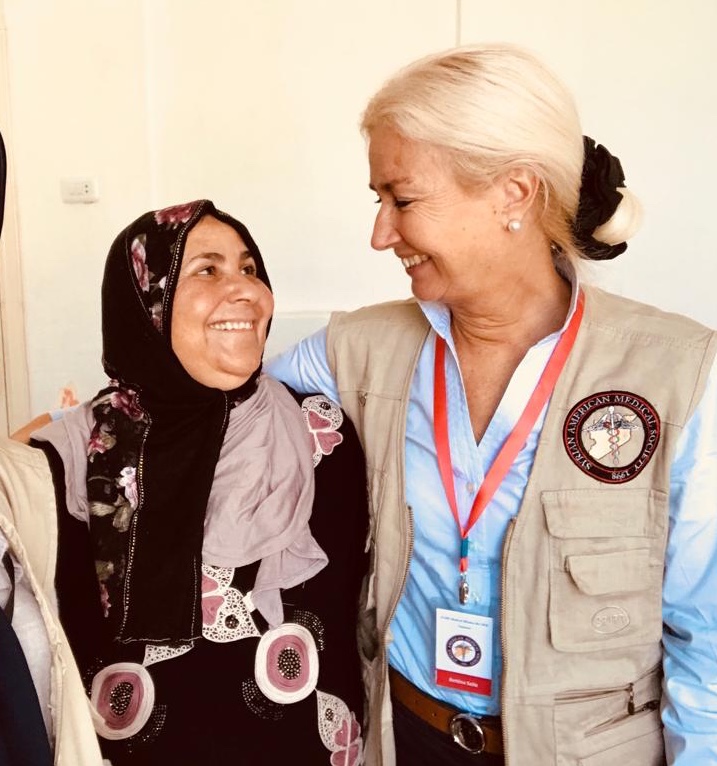 Let’s all “change places“ and put ourselves in the situation of refugees, having left behind everything– their homes, family members, friends, and belongings in search of a safe haven. I am sure it is a threatening idea, but it can happen to any of us. Peace is not to be taken not for granted.

As doctors, we care about the health and well-being of our patients, regardless of their socio-economic, ethnic background, race, gender, nationality, or religion. Refugees are the same as any of our patients back home. The only difference is that they are much more vulnerable.

It is not only a responsibility. It is a privilege to serve those in need.

Within one year, I volunteered with SAMS on two medical missions to Jordan, and will be joining them again next month. I can hardly express the joy and satisfaction I experienced and the breadth of knowledge and experiences that I acquired during these missions.

When we see and treat patients in one of the facilities in Jordan or elsewhere it is not about “refugees,” a vague and anonymous group of people far away. It is about faces and names, about the Ahmads, Arwas, and Mohammeds we meet. It is about those individuals with unique stories of hardships, resilience, hopes, and dreams. 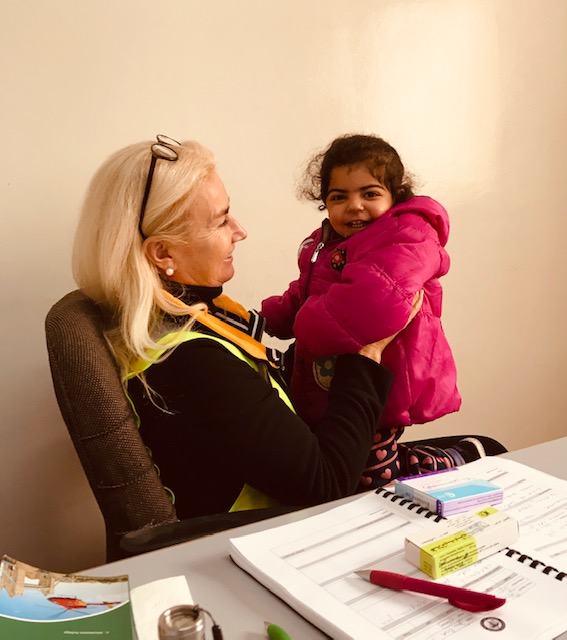 We know that by volunteering, we can not move mountains, and we cannot wipe away all their pains. However, we can alleviate their suffering and address their health problems. What’s unique about SAMS is that the organization provides specialized, complex surgical interventions, and far-reaching diagnostic tests and examinations, that most refugees living in Jordan can not afford.

At the end of each mission there are always moving, hopeful cases, those of which one can say: we were there in the right place at the right time. However, there are also cases we leave behind with a feeling of helplessness and sadness.

During my mission to Jordan last year, I met 7-year-old Yaman*. He came with his mother and his two brothers, suffering from a cough. The mother’s facial expression was pale and “empty.” She was quiet and did not even mention Yaman’s major medical problem, probably because she had tried so many times before to seek help, to no avail. That day, it seemed to me that she had given up.

I recognized that Yaman was standing in front of my desk in a very strange posture,. But when I started examining him, the full scope of misery appeared. He was suffering from a severe kyphoscoliosis, a deformity of the spinal cord. Yaman was born with this condition, but he couldn’t receive the treatment he needed in displacement. 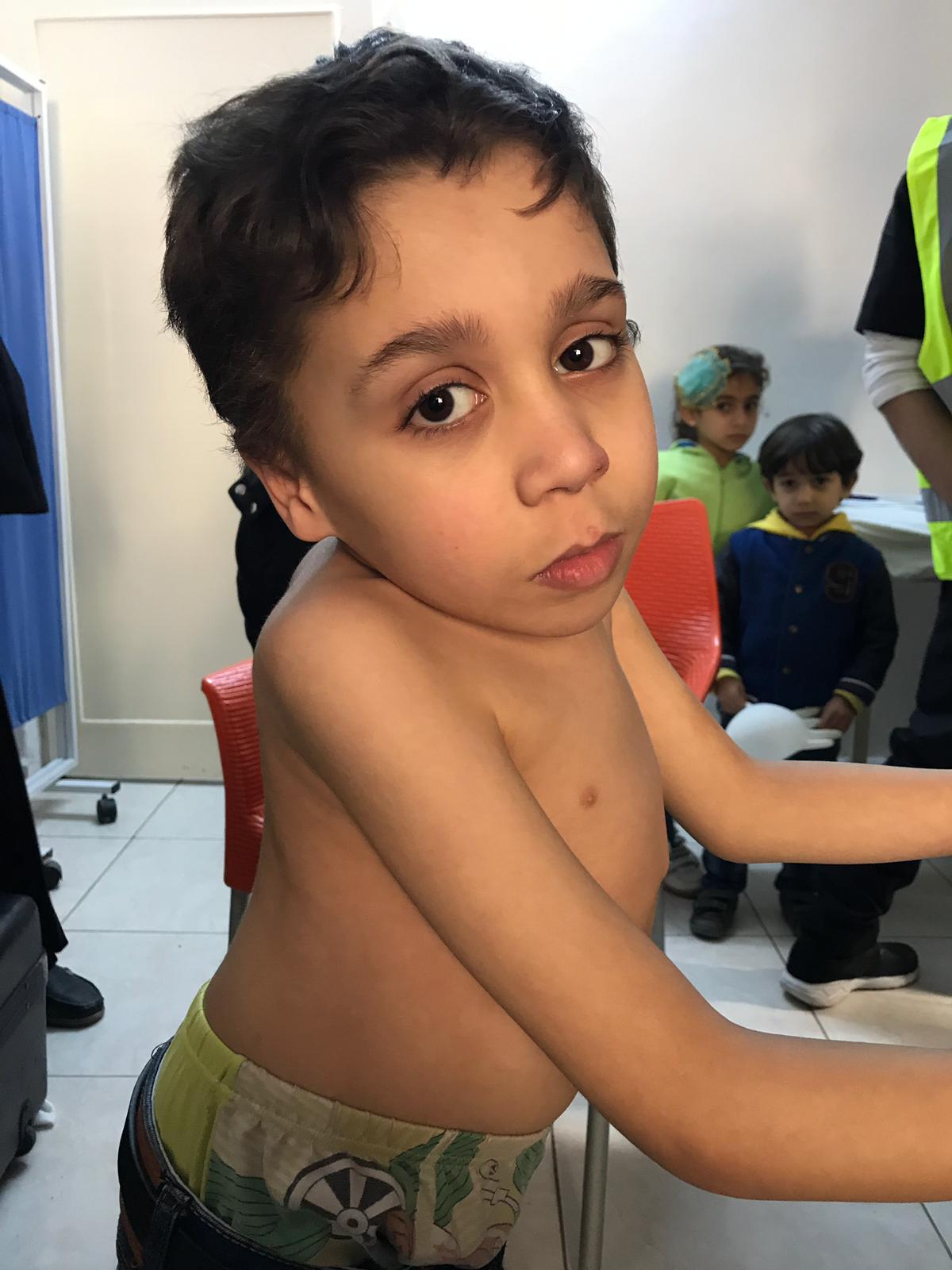 Yaman was shy but very friendly and cooperative. He willingly allowed me to take photos of him from all sides to show them to my colleague.

I posted the pictures and x-rays on the mission’s WhatsApp group in the evening; however, we didn’t have an orthopedic surgeon with us on the mission. So I contacted Dr. Ron, an orthopedic surgeon specialized in children, whom I met during my previous mission with SAMS. We were talking about Yaman’s case via WhatsApp messages, discussing the underlying diagnosis. We concluded that Yaman needed surgery, but he wouldn’t be able to get it due to the high cost of the procedure.

I put Yaman on the referral list- a list of cases which are taken care of within the following SAMS missions. I am hoping that this brave little boy receives the surgery he needs.

I will never forget Yaman’s eyes!

*Names has been changed to protect patient’s identity