16 Days of Activism against GBV

The 16 Days of Activism against Gender-Based Violence (GBV) is an annual international campaign to raise public awareness and call for the prevention and elimination of all forms of GBV. The theme of this year’s campaign is “Orange the World: Generation Equality Stands Against Rape.” As part of this joint effort, SAMS’ community health teams have organized a series of activities, presentations, and workshops for the communities they serve in northwest Syria and in Jordan. 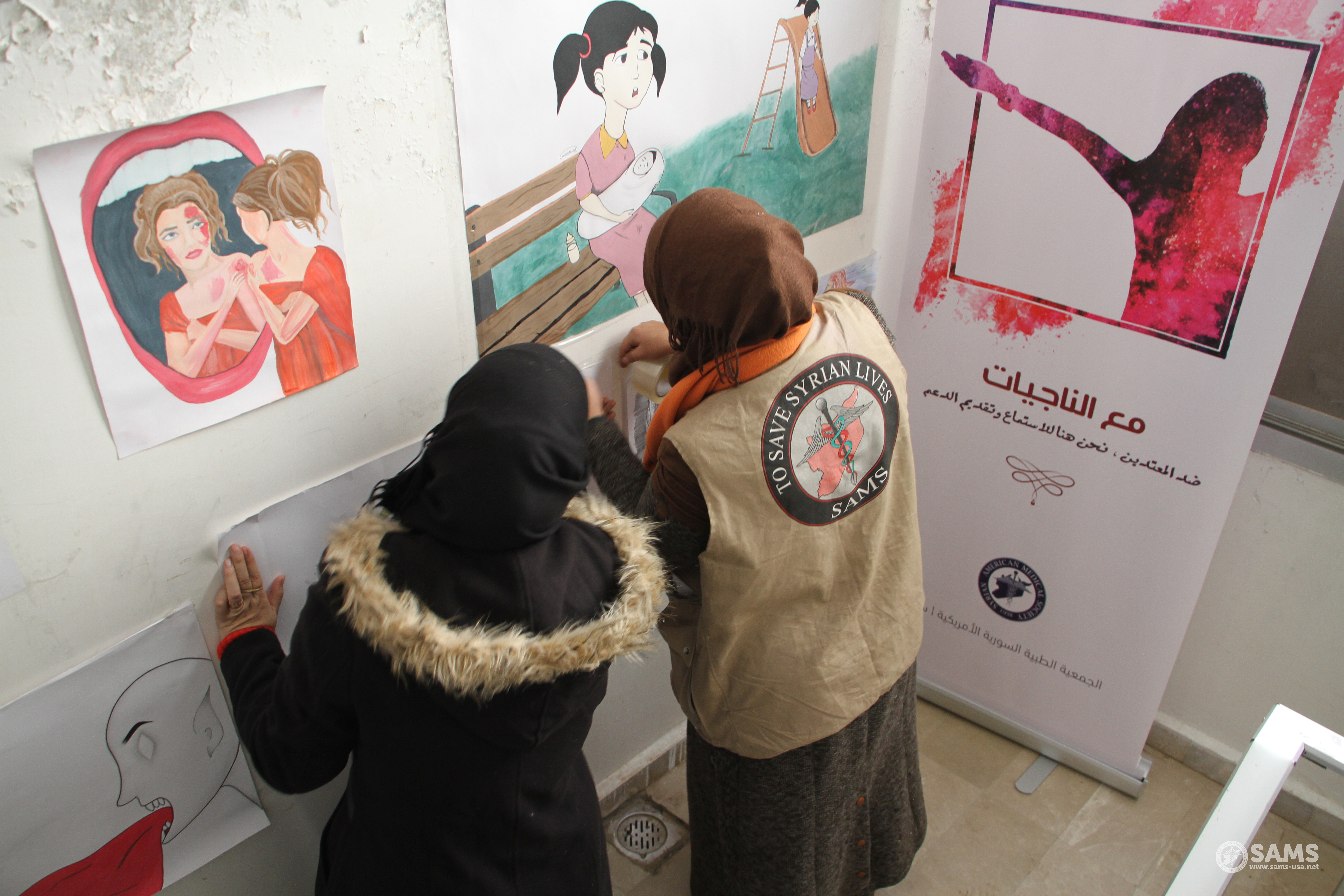 GBV is “any harmful act of sexual, physical, psychological, mental, and emotional abuse that is perpetrated against a person’s will and that is based on socially ascribed (i.e. gender) differences…” GBV manifests in many ways, including sexual harassment and assault, early and/or forced marriage, and socioeconomic discrimination. Globally, it is estimated that 1 in 3 women will experience physical or sexual abuse in their lifetimes. Men and boys also experience GBV, especially in conflict; however, women and girls experience the majority of instances of GBV due to gendered social norms. It is crucial to note that GBV is underreported across the board due to stigma, fear of retribution, social constraints, or bureaucratic impediments. Men and boys are even less likely to report GBV due to the increased stigma they face.

Displacement and conflict represent risk factors that significantly increase individuals’ likelihood of experiencing GBV. Exacerbating factors in such crises can include weakened social and legal protective mechanisms, restricted freedom of movement, decreased access to care, reduced accountability for perpetrators, economic vulnerabilities, and the weaponization of sexual violence. Such factors often persist long into post-conflict settings for many years, as does the harm inflicted on survivors and their communities. 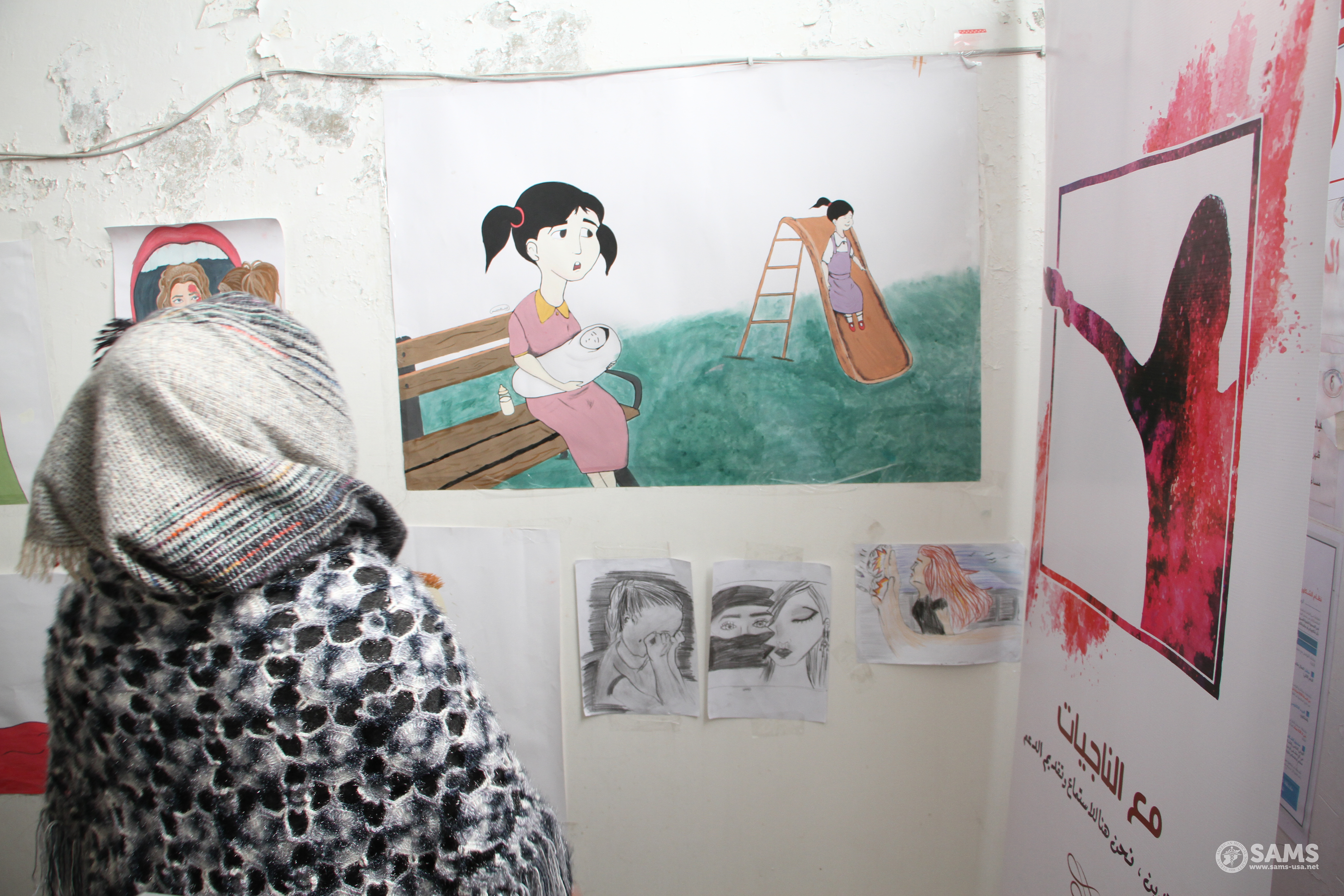 In 2019, 35 million women and girls of reproductive age were in need of humanitarian assistance, including protection assistance. Despite critical needs, GBV prevention and response programming represents less than 1% of humanitarian funding worldwide. Therefore,  a widespread effort is needed in order to raise awareness surrounding GBV and to mainstream this vital issue that is largely neglected around the world and in every stage of crisis responses.

In Syria, the threat of GBV is particularly acute. In interviews conducted with women and girls as part of UNFPA’s Humanitarian Needs Overview (HNO) for Syria, many respondents stated that they faced harassment and the fear of sexual assault on a daily basis. IDP camps and settlements were identified as particularly dangerous, with women and girls reporting that “rape and sexual assault may occur both in public places, such as at communal latrines or water collection points, as well as at home and in overcrowded shelters.” Limited access to humanitarian assistance (including GBV prevention and response services) and economic opportunities compound women and girls’ vulnerabilities and increase their risk of sexual exploitation. 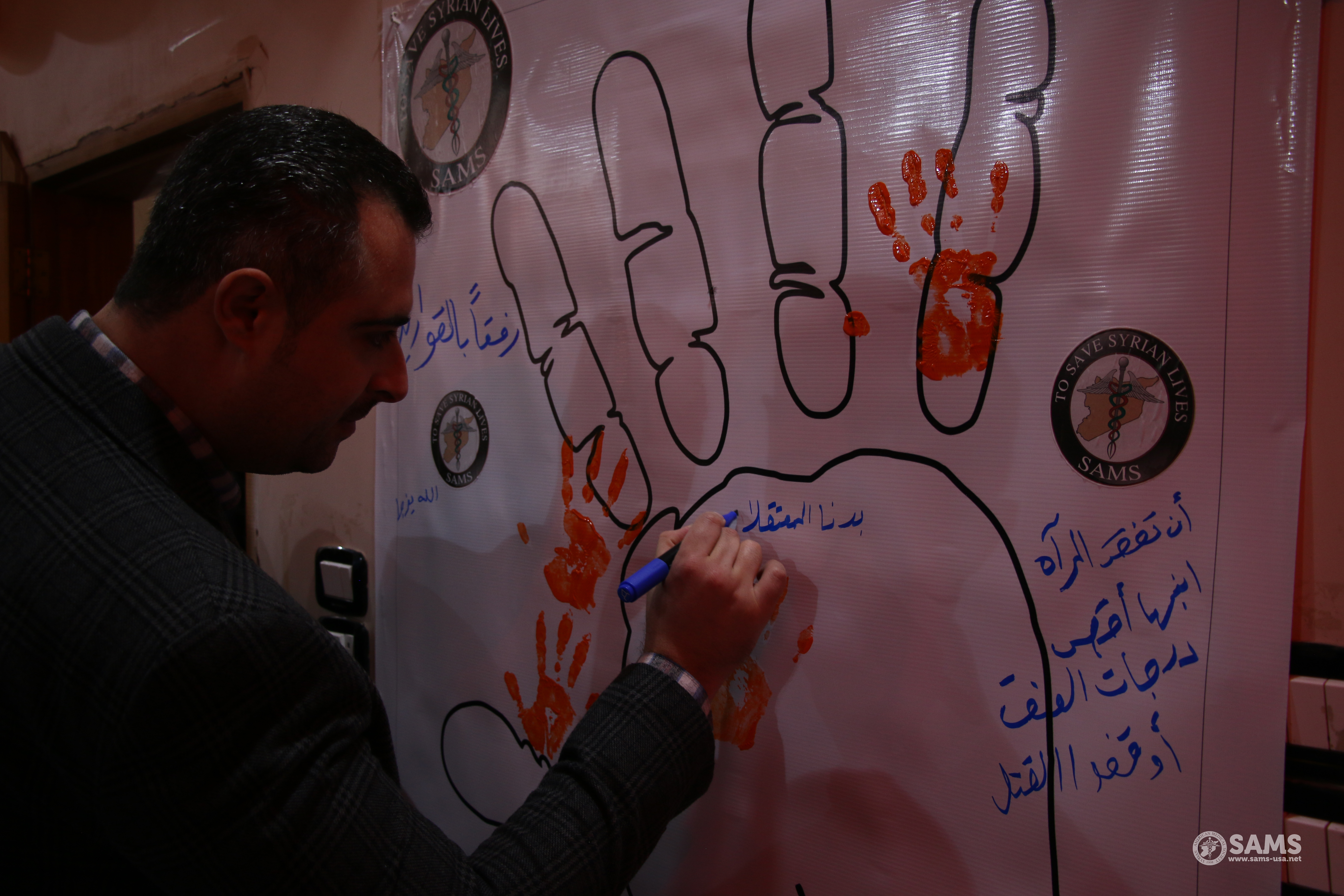 Together with Syrian partner organizations, SAMS provides services for GBV survivors at seven facilities in northwestern Syria. We offer case management and awareness sessions as part of our efforts to empower survivors. From March 2019-October 2019, SAMS provided services to 20,775 beneficiaries. In addition to direct service provision to survivors, SAMS also organizes workshops for the public that aim to raise awareness about GBV and address the social norms that contribute to GBV, as well as training for health workers to build their capacity in identifying and supporting survivors of GBV.

In Jordan, SAMS convenes workshops in local community centers to raise awareness on topics related to the risk of GBV. The format of the workshops is a mixture between lectures, discussions and interactive activities. SAMS teaches survivors of GBV or those at risk how to seek help when in need, and to create a culture of support for women and girls, including people with disabilities, and female headed- households. Aside from awareness-raising, these workshops are designed to promote gender equality, women’s empowerment and to identify survivors in need of specialized case management services.