Bombs, Violence, and the Burden of Disease: A Humanitarian Crisis Exacerbated by a Pandemic

Medical workers in Syria have faced the devastating challenges brought about by the COVID-19 pandemic, while also risking their lives caring for the victims of ongoing violence and aerial attacks on civilian infrastructure. Despite years of effort, attacks on healthcare facilities in Syria remain all too common.

May 2021 marked the 5th Anniversary of the adoption of United Nations Security Council Resolution 2286 which “strongly condemns acts of violence, attacks, and threats against the wounded and sick, medical personnel and humanitarian personnel exclusively engaged in medical duties.” Despite its adoption, medical personnel in Syria and their patients have continued to face a multitude of deliberate violent attacks resulting in loss of life and interrupted access to life-saving medical services.

According to the Safeguarding Health in Conflict Coalition (SHCC), there have been approximately 885 documented attacks on healthcare workers in Syria since 2016 一 509 of which occurred in the two years following the adoption of Resolution 2286. A total of 67 SAMS-supported medical facilities have been the subject of 257 recorded attacks in the short lifetime of  Resolution 2286 thus far. SAMS has documented 275 injuries and 86 deaths at these facilities alone.

These numbers represent only a small fraction of the total devastation Syria’s healthcare infrastructure has endured since the humanitarian crisis began a decade ago. Physicians for Human Rights (PHR) estimates that 930 medical workers in Syria were killed between 2011 and March of 2021. The majority of these deaths have occurred in three Syrian governorates: Aleppo, Idlib, and Rural Damascus, the latter of which contains the previously-besieged East Ghouta. And while 55% of these deaths were attributed to aerial or surface bombardment, other causes of death include torture and gunfire. SAMS continues to vehemently condemn the bombardment of healthcare facilities and civilian infrastructure and demands that the international community take action and hold perpetrators accountable. 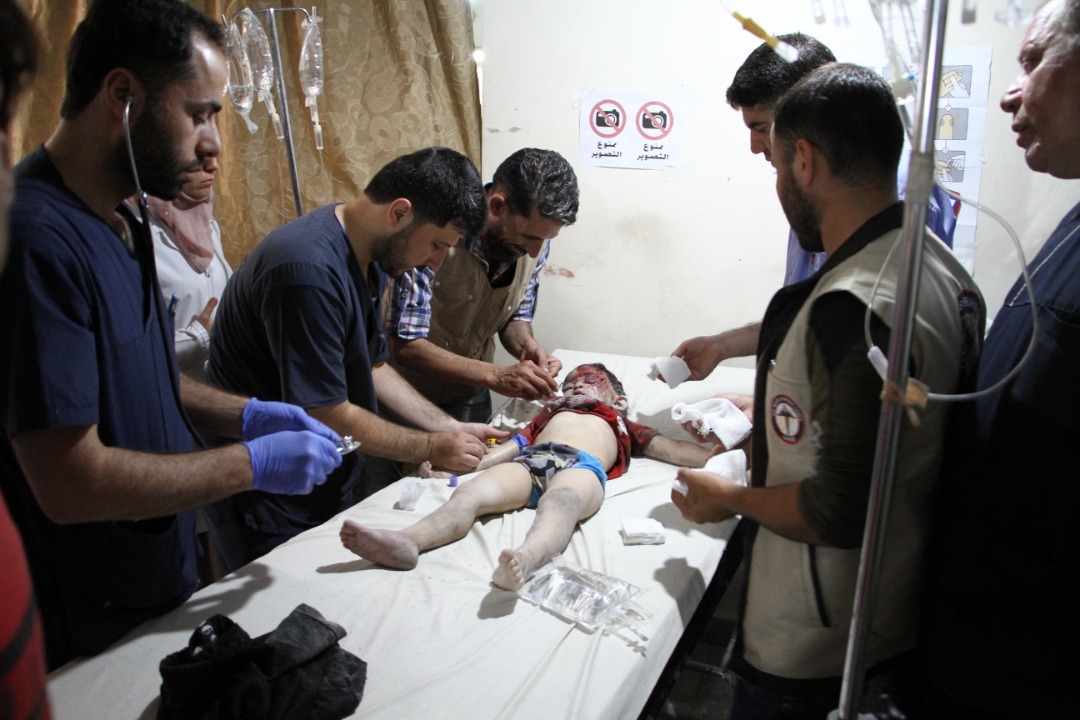 Resources have already been stretched thin throughout Syria. For example, according to the International Rescue Committee (IRC), there were only three operational testing laboratory facilities in northwest Syria as of January 2021. Furthermore, between 12 hospitals there were only 162 ventilators and 234 ICU beds that served a population of close to four million people. 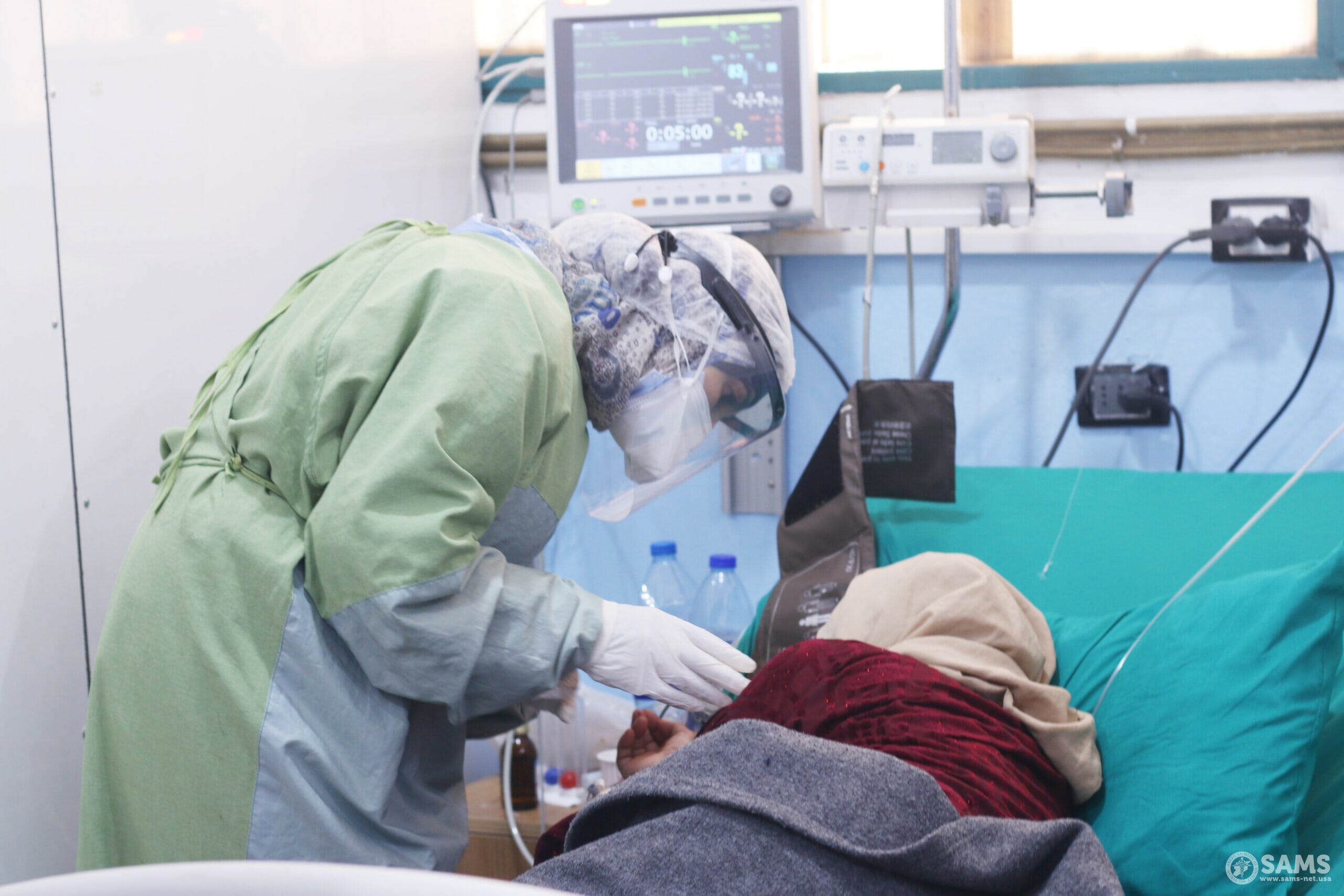 Although the need for resources has increased drastically, obtaining those resources has become increasingly challenging, as there is only one remaining UN-mandated humanitarian aid delivery route in northwest Syria. This border crossing has been a crucial lifeline to the millions of Syrians trapped in the area and must remain open.

Understanding the true impact the pandemic has had on Syria as a whole is difficult due to what is described by the Center for Strategic & International Studies as a “decentralized response”. The nature of the humanitarian crisis has resulted in NGOs being the primary health providers for some areas while the Syrian Ministry of Health oversees others. These inconsistencies in oversight add an extra layer of complexity to an already complex operation. However, what is clear is that a decade of violence, deprivation, and displacement has left Syria’s health sector scrambling to prevent the spread of, and effectively respond to the COVID-19 Pandemic.

While attacks on healthcare and the COVID-19 pandemic have posed serious, often grave challenges, the sustained efforts of SAMS and other NGOs have saved countless lives from unnecessary deaths. In 2020 alone, SAMS provided a total of 1,774,580 medical services in Syria; these ranged from primary care visits to childbirths to cancer treatment. SAMS supported 43 medical facilities 一 16 of which being fully-equipped hospitals distributed among Aleppo, Idlib, Ar Raqqa, and Al Hasakah. 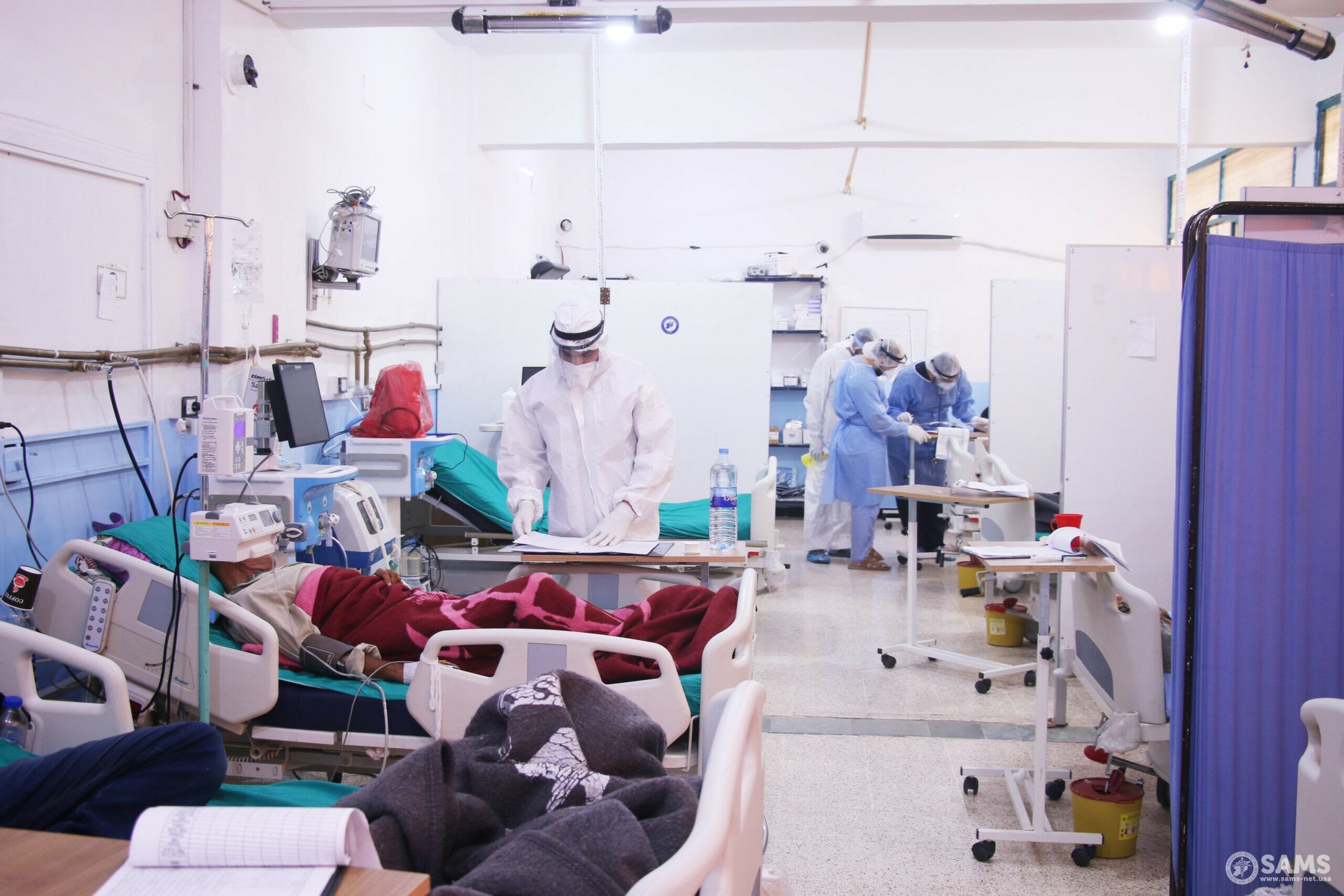 SAMS provides quality medical services at no cost to individuals who would otherwise not have access to care. This is done through both inpatient and outpatient services, medical training to healthcare workers, and public health education to communities. The past two years have been among the hardest years for Syrians throughout the humanitarian crisis. Nonetheless, through financial support, community outreach, and devoted staff, SAMS has been able to persist in delivering the critical humanitarian services that allow many of our beneficiaries to live to see a better, more hopeful tomorrow.

This blog post was written by SAMS Intern, Omar Khasawneh.