Washington, D.C.- On March 12, 2018, the Syrian American Medical Society (SAMS), along with 11 other humanitarian organizations working inside Syria, shared the coordinates of 60 health facilities in Syria with UN OCHA. As part of the process, OCHA then shared the coordinates with the parties involved in the Syrian conflict. After more than seven years of relentless and systematic attacks on healthcare across Syria resulted in no meaningful accountability, this measure represents a last-resort decision on the part of our combined organizations, as we seek to protect our staff and their patients and deter future attacks, and to potentially implement a process for investigating every alleged attack on healthcare throughout Syria in the future. 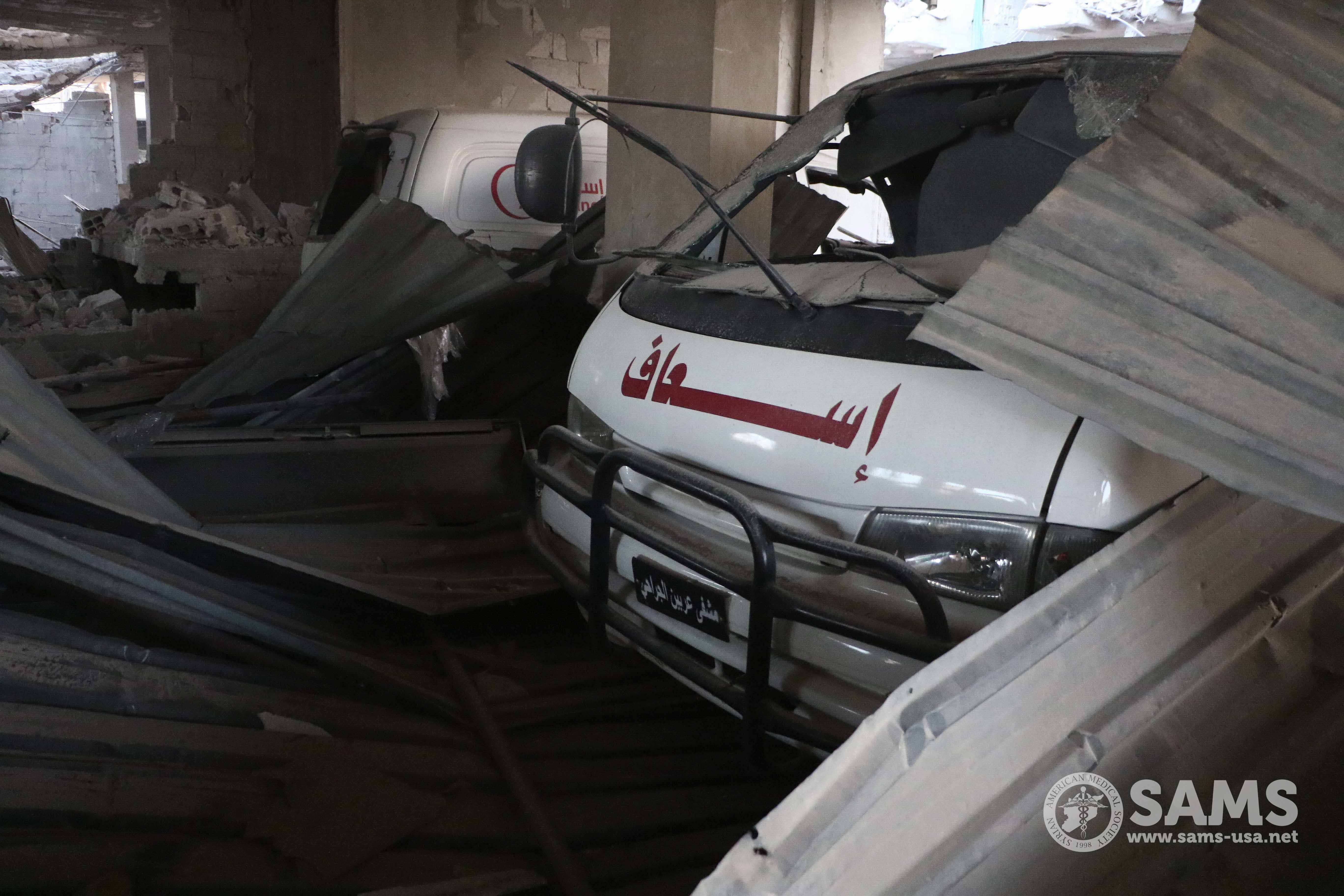 Although healthcare facilities throughout Syria have been targeted consistently and deliberately, particularly those in non-government areas, this decision was a result of lengthy consultations with, and full endorsement by, our teams inside Syria and doctors working in these hospitals. Coordinates were only shared after the staff in each facility agreed to the process.

Since the beginning of the conflict in Syria, medical personnel have braved continuous bombardment to care for the sick and injured in a blatant violation of international humanitarian law. Hospitals are considered among the most dangerous places, often discouraging patients from seeking treatment. In February 2018 alone, 26 medical facilities in East Ghouta, and at least 10 in Idlib were targeted, forcing 12 to interrupt their services. Doctors and nurses have repeatedly come under attack while trying to save lives with the limited resources they have. Between February 18-20, 13 medical facilities in East Ghouta were attacked in 48 hours, resulting in the death of three SAMS medical staff. In 2018, SAMS has lost nine of its medical workers. 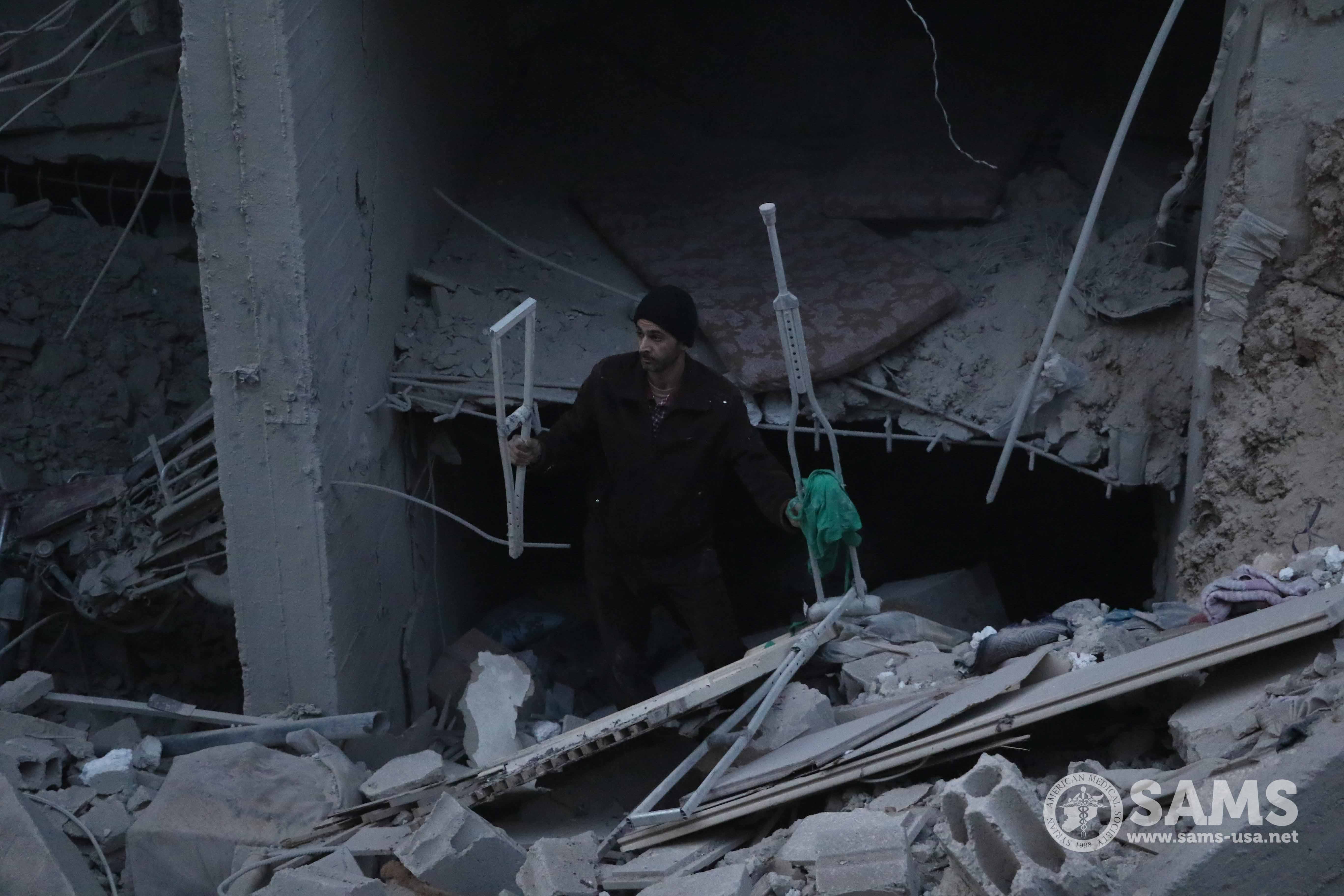 Despite ample evidence provided by SAMS and other organizations on the ground, certain parties to the conflict, most often Russia and the Syrian government, have rejected accusations of targeting hospitals. The local medical staff, who handed over these coordinates at great risk to their own personal safety, are seeking to uphold and protect the impartiality of healthcare, emanating from their ethical commitment to impartially treat the wounded and sick. This principle is at the heart of the international humanitarian law, as well as SAMS work.

The international community has failed the Syrian people and humanitarian workers. Its inaction has perpetuated one of the greatest humanitarian crises of our time.  Now, after more than seven years, it is incumbent upon the international community to at least give them the justice and accountability they deserve. Before sharing our coordinates, our staff on the ground consulted with UN officials, and agreed on the best available tools and mechanism to document attacks on healthcare. UN OCHA assured us that they will now monitor and report on alleged  attacks. Although we know that such attacks are likely to continue, we hope that this move will act as a deterrent and bring increased transparency to the reporting process. 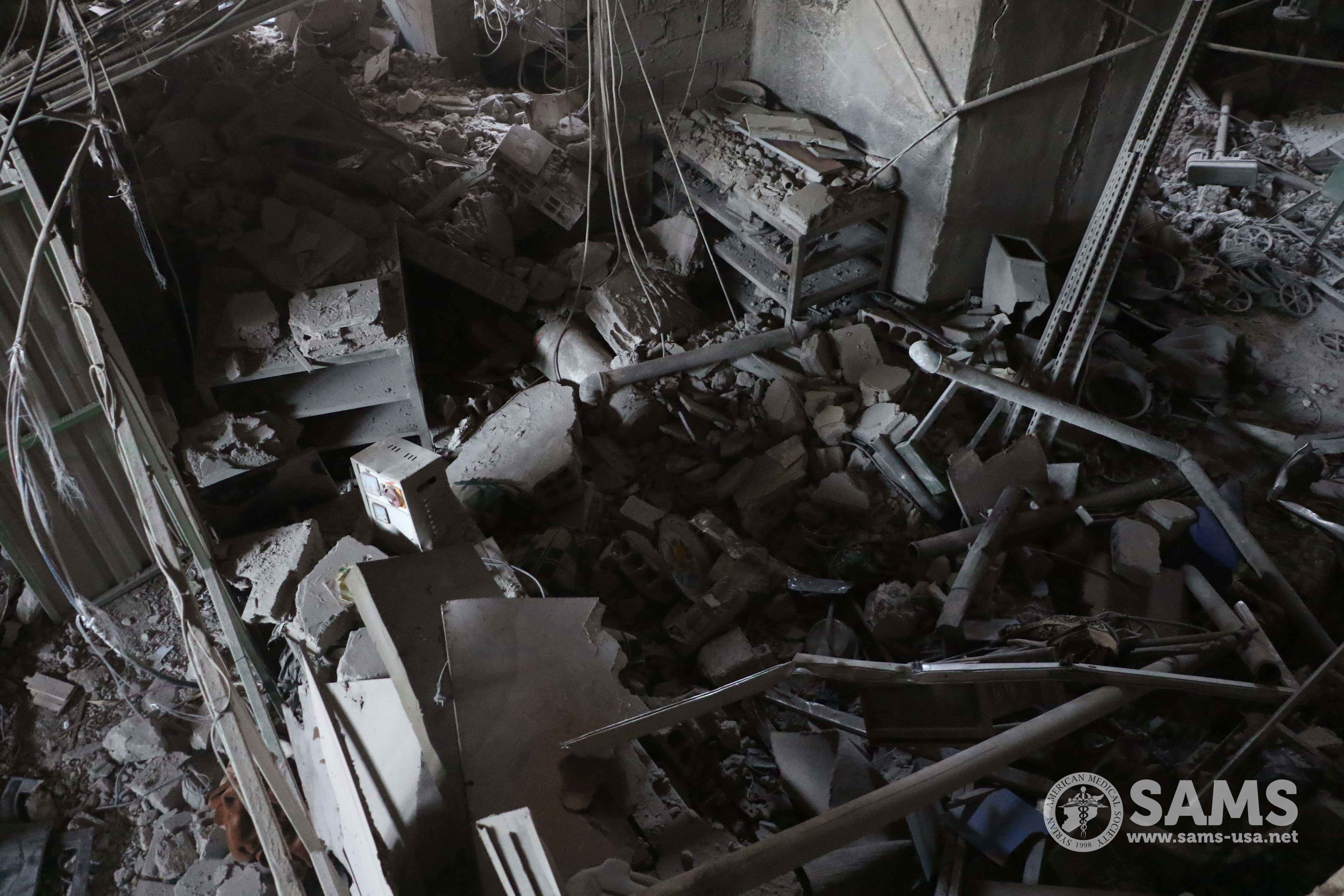 In 2016, the UN Security Council acknowledged the grave risk of attacks on medical facilities and providers across the globe, and adopted Resolution 2286 condemning such attacks. However, due to the lack of mechanism to enforce it, the UN failed to protect healthcare workers and facilities. In fact, following the adoption of this Resolution, the rate of attacks on healthcare significantly increased. As a result of this deconfliction process, the UN is now investigating an attack on Arbin hospital in East Ghouta that killed a patient and caused damage to the facility on March 20, 2018. We hope that this important development will pave the way for accountability for all parties violating Resolution 2286, and for a better protection of healthcare provision.