Since 2011, SAMS has supported healthcare provision throughout Syria, sponsoring hospitals, mobile clinics, and ambulances, training and paying the salaries of Syrian medical personnel, supporting education for medical students whose studies were interrupted due to the ongoing conflict, and sending life-saving humanitarian aid and medical equipment to where it is needed most.

“This is the first time that we have ever received any kind of humanitarian assistance since we arrived at this camp a few months ago.”

– Um Laith, a resident of an IDP Camp in Idlib

In order to meet growing medical needs due to ongoing conflict, which has been compounded by the COVID-19 pandemic, SAMS continues to expand its operations on the ground. SAMS provided primary and specialized care, including cancer treatment, psychosocial support, dialysis, physical rehabilitation, and more. SAMS currently operates 40 medical facilities, including 12 hospitals and three mobile clinics. Learn more about our impact in the 2019 Annual Report. 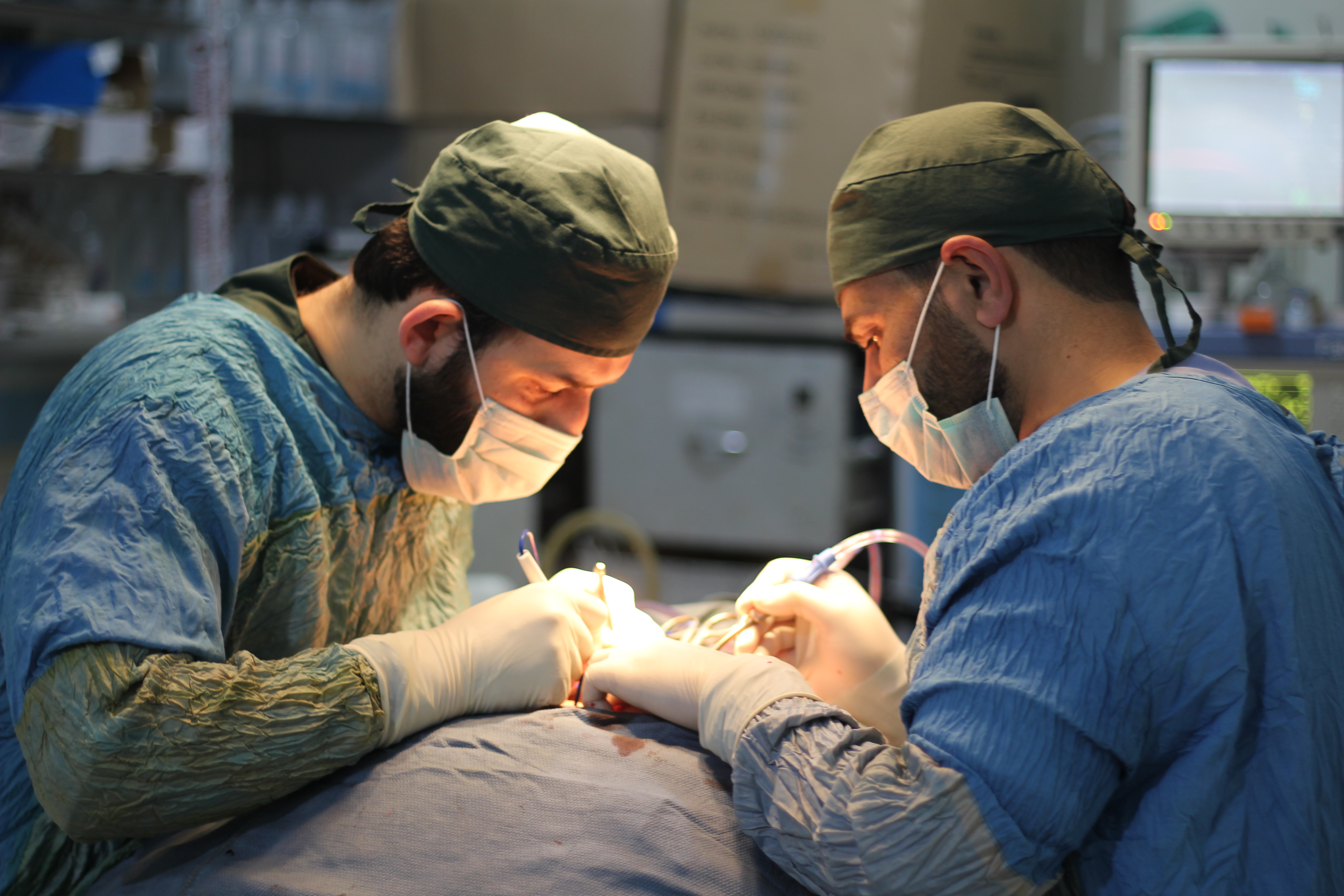 In April 2019, northwest Syria was subjected to an increased bombardment campaign, killing tens of thousands of civilians and resulting in an unprecedented waves of displacement. Between December 2019 and March 2020, at least one million individuals were displaced, representing the largest IDP movement of our time. Despite a robust  humanitarian response, the needs of IDPs remained largely unmet. Dispaced individuals were pushed into already overstretched camps and informal settlements, struggling to accommodate overwhelming existing needs of shelter, water, food and healthcare.

“I ran out of words. Our hospital is overflowing, we have no beds, no rooms, and no personnel left to receive this huge number of patients. I felt powerless.”

Attacks on healthcare in northwest Syria continued with impunity, decimating Syria’s already fragile health system. Since late April 2019, SAMS has documented at least 76 attacks on healthcare facilities. Despite these unfathomable challenges, our medical personnel continued to brave bombardement to care for the sick and injured. 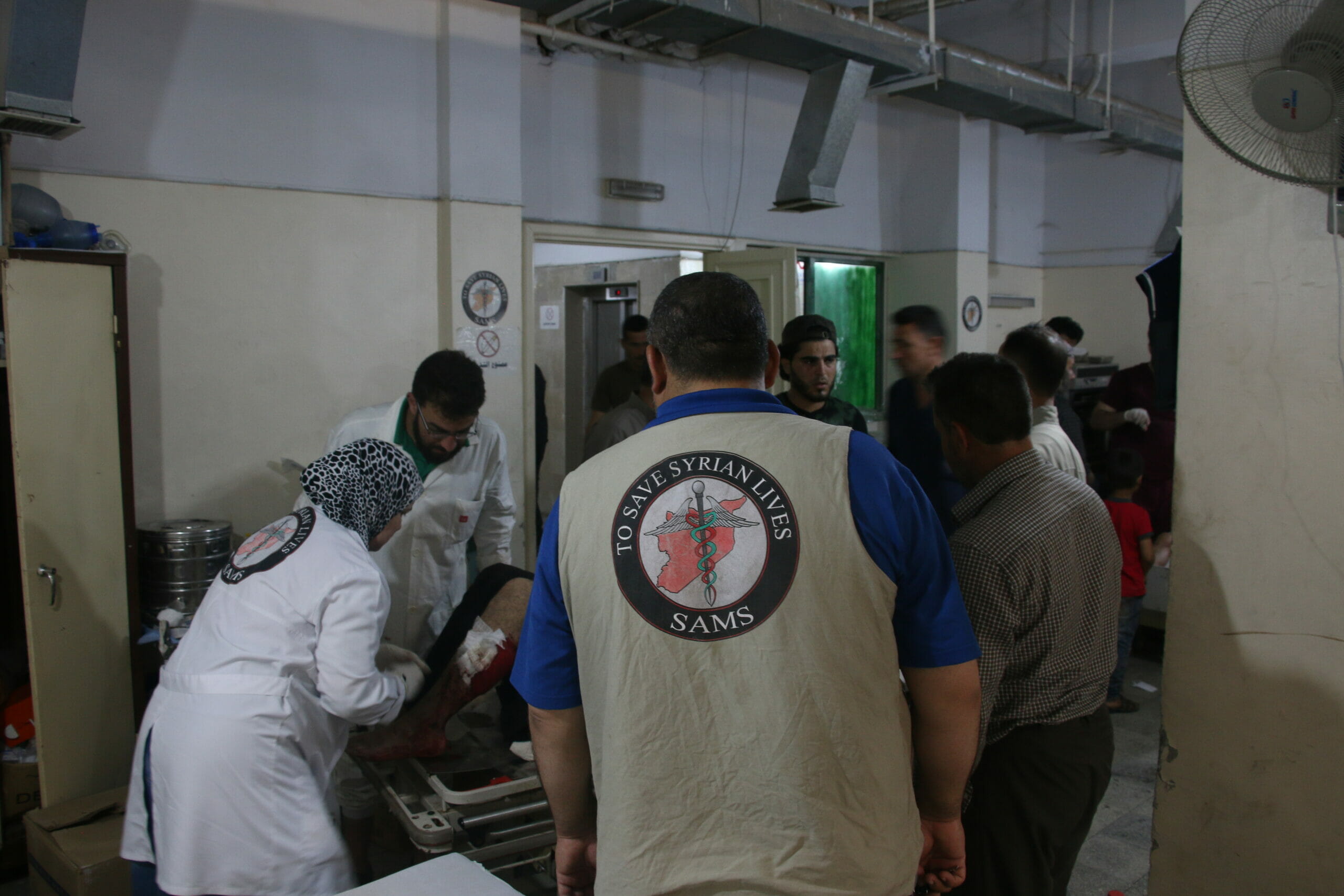 Medical facilities in northwest Syria are severely understaffed, and health workers are required to work long hours, often performing tasks outside their specialization. Essential equipment and supplies are scarce due to continued attacks on healthcare, which overburden the entire health system in the area. Other facilities are forced to fill the gap left after systematic targeting of other healthcare facilities.

In response to the emergency situation and unprecedented waves of displacement  in northwest Syria in 2019, SAMS implemented a number of relief projects. Learn more here. 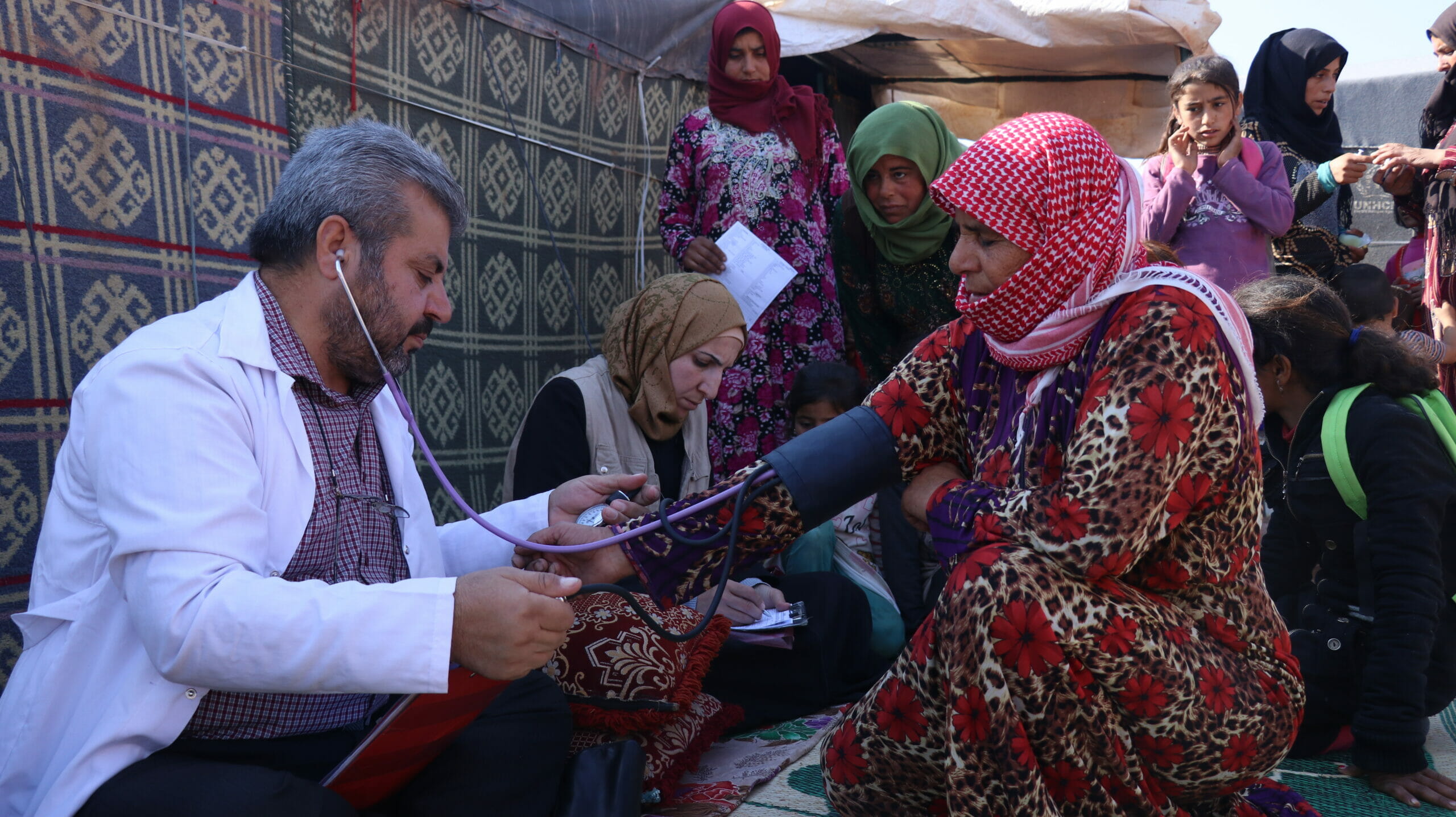 SAMS spearheads a number of projects, ranging from primary to specialized care, such as our GI endoscopy program, mental health and psychosocial, hemodialysis, trauma, dental, reproductive health, oncology, surgeries, and more. As new developments unfold and the situation on the ground is rapidly changing, SAMS has developed a robust mechanism to promptly and effectively respond to crises and ensure that our patients continue to have access to the dignified care they need and deserve.

In November 2018, SAMS opened an oncology center in Idlib, the only one of its kind in the region, providing an alternative to long travel to other governorates or to Turkey for patients seeking cancer treatment. In 2020, SAMS established a second oncology center in northwest Syria to provide treatment and diagnostic services for breast cancer, lymphoma (Hodgkin and non-Hodgkin), and childhood cancer (including acute leukemia), as well as free consultations for various blood diseases and other cancers. 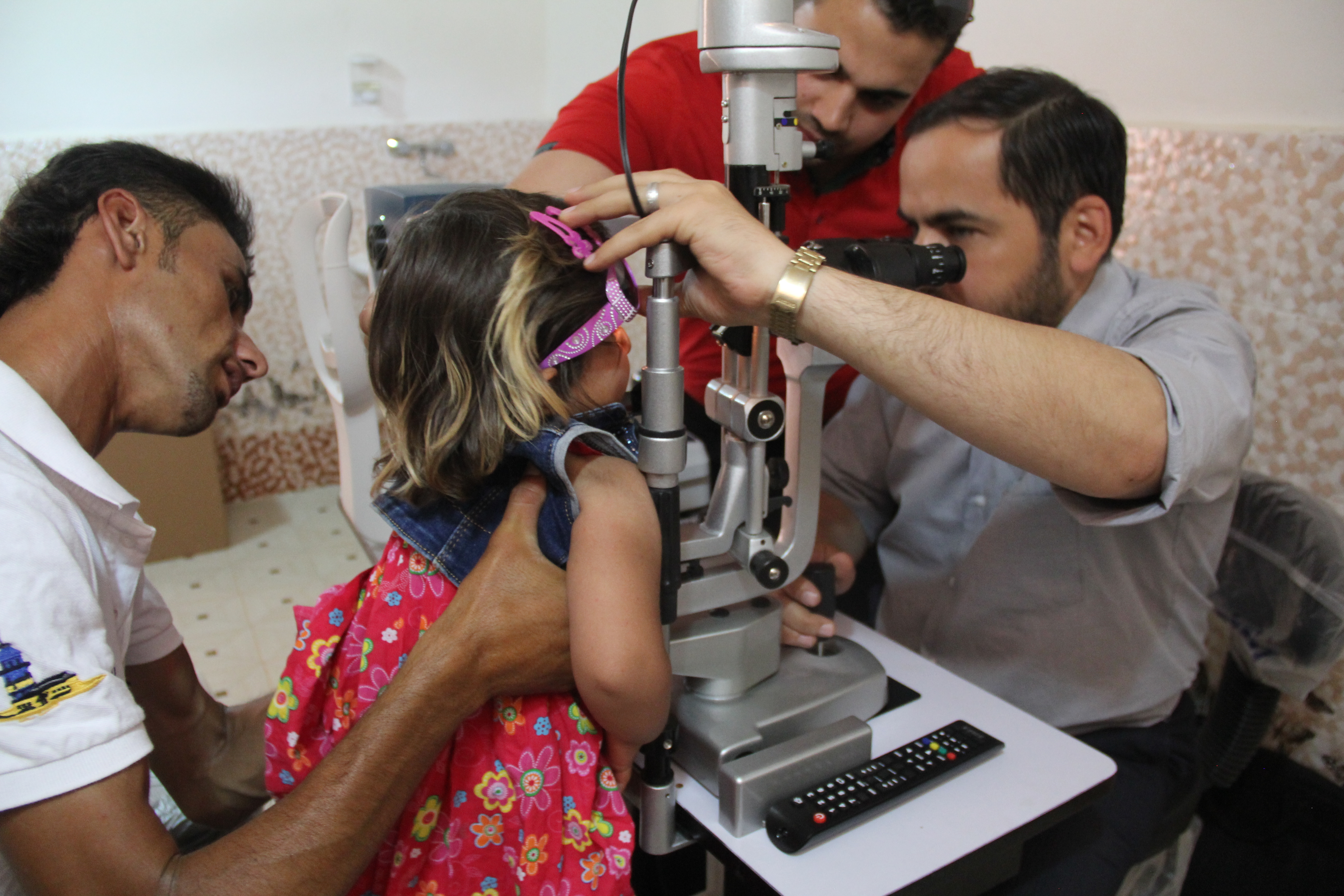 The conflict in Syria has taken an unimaginable toll on Syrians who have endured almost a decade of ongoing strife. At least 3 million Syrian children under the age of six have known nothing but war, violence, and displacement for more than seven years. In order to address the psychosocial needs of those affected by the ongoing crisis, SAMS continues to support and lead psychosocial programming, such as art and play therapy, one-on-one consultations, and group sessions to help individuals cope with the effects of trauma and overcome fear, depression, and social isolation. Additionally, SAMS supports a tele-psychiatry center in Idlib. 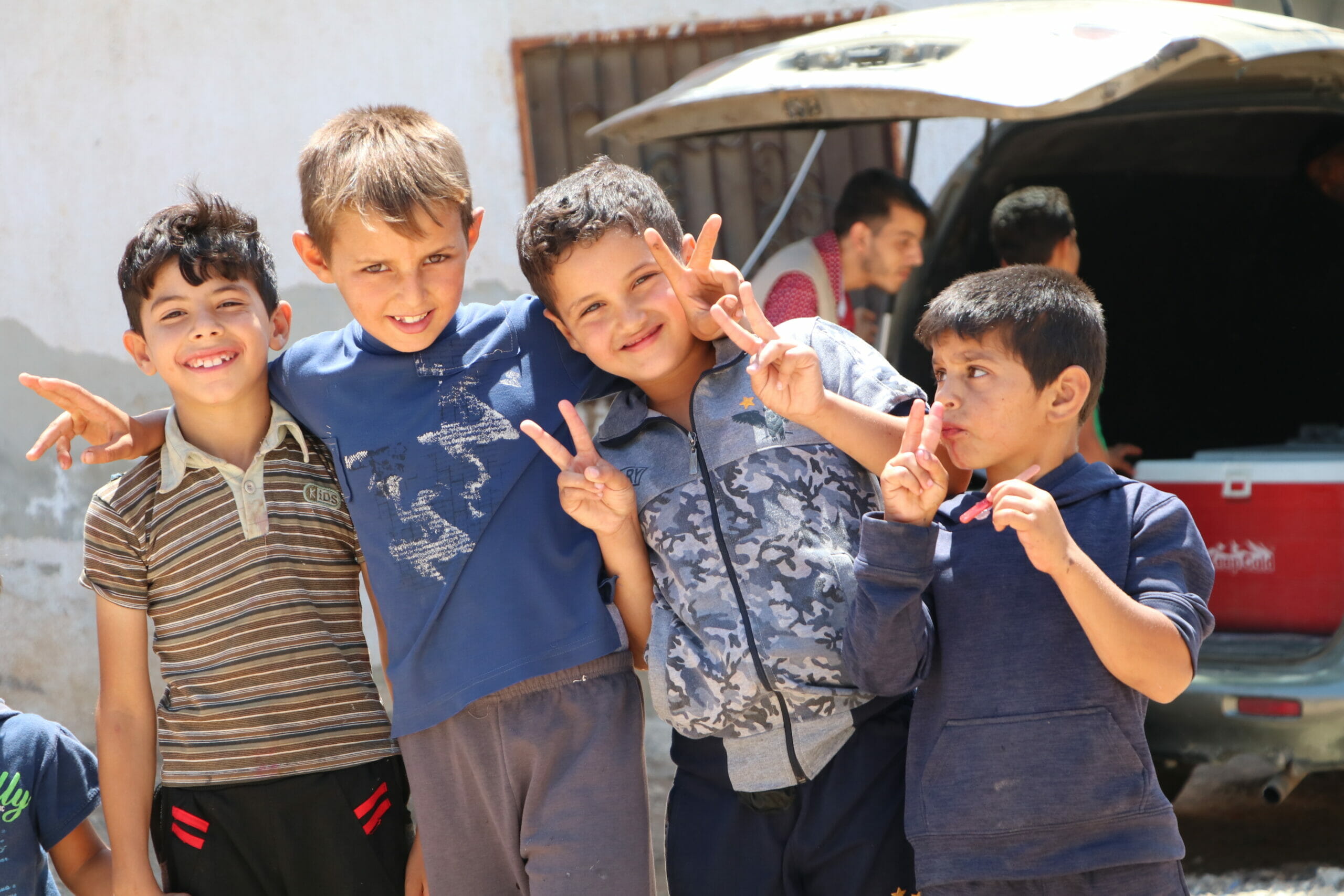