In 2017, SAMS expanded its operations in Egypt through a partnership with the Ain Sham University in Cairo to provide critical cardiovascular interventional ​procedures to those in need across Egypt. Additionally, SAMS partnered with the American Board Certified Doctors of Egypt (ABCDE) to provide medical training to host physicians and health professionals.

“The feeling you get from treating patients and how grateful they are is very rewarding. The smile on their faces and the words they treat you with, it’s just priceless. I actually say that these missions are addicting, you start and you can’t stop.” During this mission, SAMS performed electrophysiology and inserted pacemakers for the first time during an international medical mission. Throughout the mission, 51 patients received care, including 38 patients who underwent percutaneous coronary interventions, and 10 patients who underwent EP procedures. 65 stents were placed and 3 diagnostic catheterizations were performed.

Since then, SAMS has expanded its programs in Egypt to reach a greater number of vulnerable individuals in need of these lifesaving services. 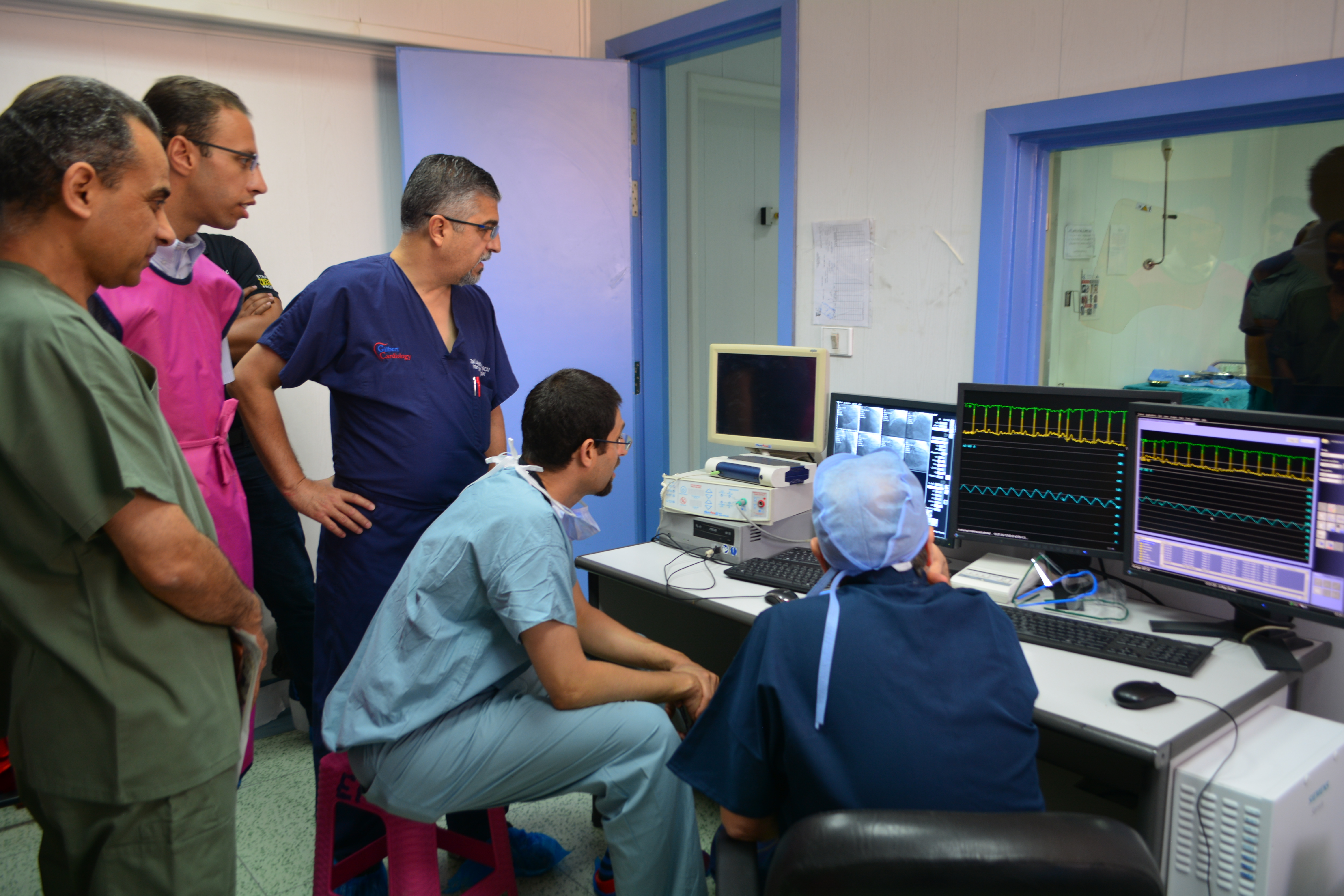