In 2017, more than half a million Rohingya refugees have fled persecution in Myanmar, seeking refuge in makeshift camps in Bangladesh. In order to respond to the growing need for medical care in Bangladesh, SAMS Global Response (SGR) partnered with a local medical organization Gonoshaathata Kendra (GK) in 2017 and 2018 to assess the situation in Cox’s Bazar and deliver urgent medical assistance, including supporting mobile and static clinics, distributing medical supplies and addressing nutritional needs. In September 2018, SAMS has transitioned out of Cox’s Bazaar. The objective of SAMS’ work in the area was to establish lasting health facilities and improve community-based health services to address the critical medical needs of the Rohingya refugees, both of which were achieved. The two health facilities in Kutapalong and Bulukali have continued to operate under Gonoshaathata Kendra (GK) to provide services ranging from primary care, maternal child care, child health care, and referral services as needed. 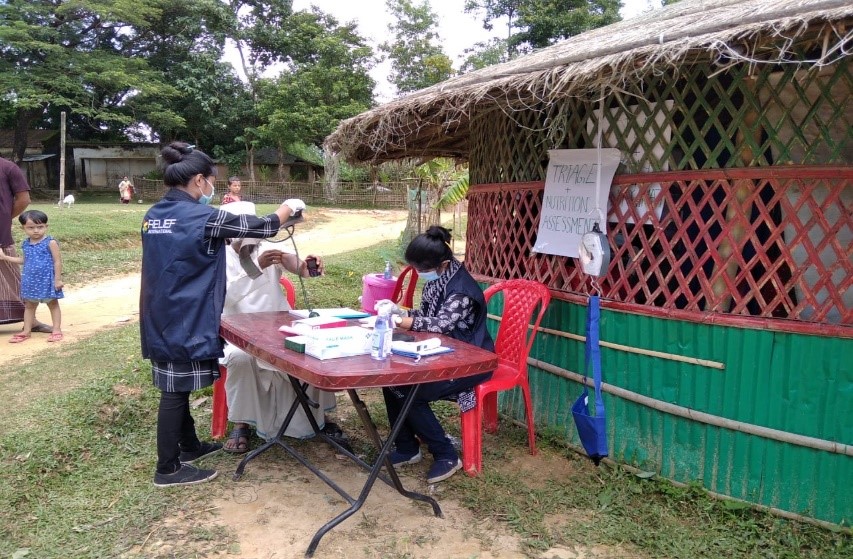 In August 2020, SAMS resumed operations in Bangladesh. SAMS has partnered with Relief International to support two mobile clinics in Cox’s Bazar. These mobile clinics provide a range of services, including primary healthcare, triage, emergency management, referral, non-communicable disease care services, antenatal and postnatal care, family planning, medications, and laboratory services. On average, the clinics provide over 145 services a day. As part of our efforts to raise awareness about COVID-19 and help mitigate the spread of the virus, the community health workers on the ground conduct regular home visits and refer patients to the clinics.

During our operation in Bangladesh, SAMS organized and facilitated medical missions, bringing together 25 volunteers from around the world and treating 642 patients, many of whom were women and children. The volunteer physicians saw an average of 100 patients a day during their mission, with services ranging from diabetes care and other chronic conditions, to more acute responses, such as surgical treatments, and emergency referrals for suspected cases of infectious diseases.

“Seeing this level of horror in the pictures and articles on the news urged me to take action in some way. I can’t help but imagine what it must be like for these women and children to leave everything behind and run for their lives.” 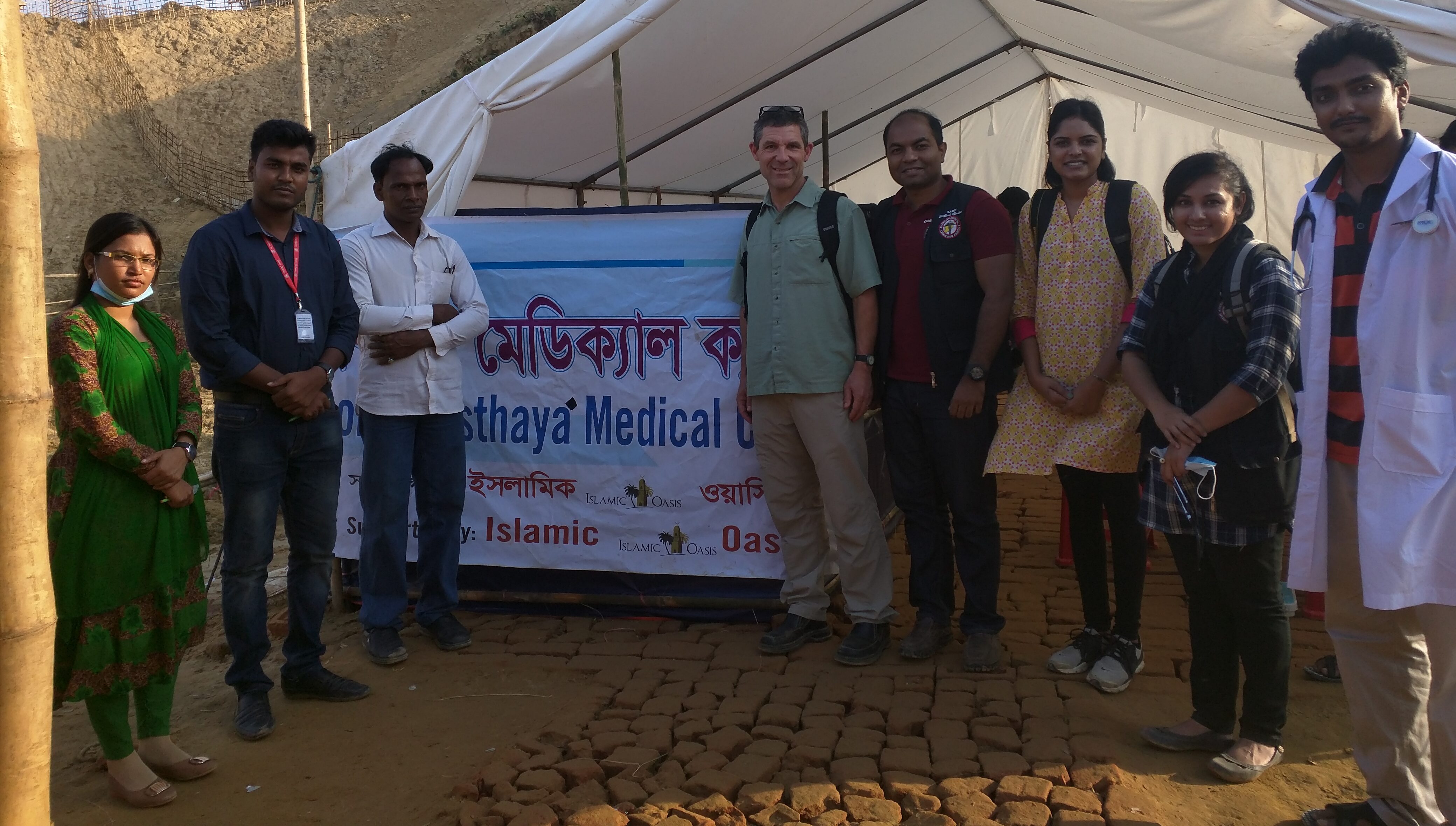 Additionally, SAMS supported the expansion of community health services through a combination of training and program implementation. Our volunteer endocrinologist established a diabetes screening and management program at the clinics, training local doctors and paramedics on the use of a glucometer and the HbA1C machines donated by SAMS. SAMS and GK have also been working with local communities to map Traditional Birth Attendance (TBA) for assessment and future training. Other training included Infant and Young Child Feeding (IYCF) for paramedic and volunteer staff, antenatal and postnatal care awareness, and Traditional Birth Attendance training. SAMS provided an international Emergency Obstetric Care Services (EMOC) expert to conduct and facilitate these training programs alongside GK teaching staff in Dhaka. 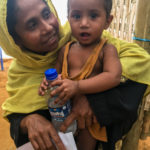 Eleven-month-old Yasin arrived at the SAMS clinic for a screening. His family reported that he had trouble breathing over the last few months. His symptoms continued to exacerbate. After investigating, SAMS staff prescribed an inhaler for Yasin. The doctors were forced to be inventive due to limited resources and created a spacer device out of a water bottle to ensure the direct delivery of the medicine to the baby’s airway. Yasin began to breathe much better and his lungs were clearer than before. 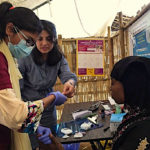 Anjuman Ara had been unable to conceive for the past 6 years due to untreated Polycystic Ovarian Syndrome. Once she settled into the camp with her family, she sought out the SAMS clinic. Anjuman was diagnosed with metformin. She became a chronic patient at SAMS’ clinic to be able to manage her symptoms and was happy that she finally got treated for her illness. 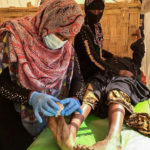 Usma Banu, 55, came to the clinic with severe pain from a foot ulcer. After a thorough examination by a SAMS volunteer surgeon, she underwent wound debridement and dressing. While being screened, Usma was found to be diabetic. She was a chronic patient at the clinic and her wound was regularly dressed at the SAMS clinic. If untreated, the gangrene (dead tissue) from her ulcer would have spread to her leg and could have potentially resulted in an amputation.