Two staff killed, eleven injured in an attack on al-Shifaa Hospital in Afrin

Washington, DC, June 12, 2021– At approximately 7:15 PM Syria local time today, SAMS-supported Al-Shifaa Hospital in Afrin, Syria was directly targeted by two missiles. Initial reports from the ground indicate that thirteen people have been killed. Tragically, of this number, two were hospital staff and two were ambulance drivers. Eleven staff were injured, including one midwife in critical condition.

The first missile hit the emergency room, and the second missile hit the labor and delivery room. Both units have been completely destroyed, in addition to the outpatient department that was partially destroyed. The hospital has been taken out of service, evacuating patients to nearby facilities. This followed an initial missile strike, at 6:10 PM local time, which hit within 100 meters of the hospital. 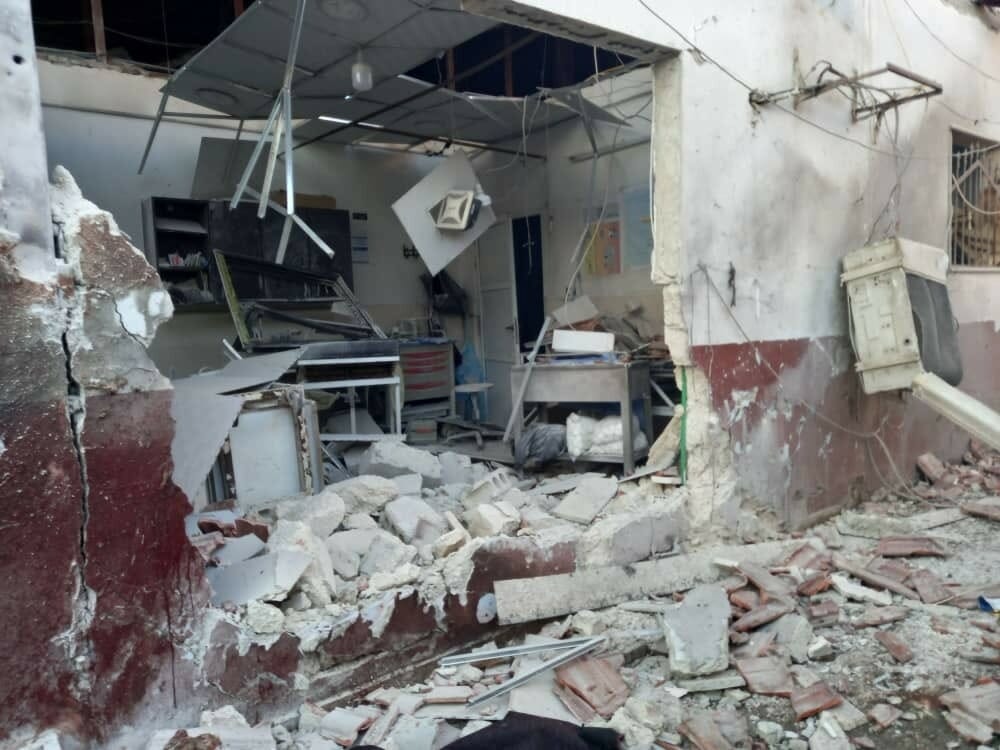 Al-Shifaa Hospital is one of the largest medical facilities in northern Syria, providing an average of 15,000 medical services each month, including 350 newborn deliveries and 250 specialized surgeries. The hospital’s coordinates were shared as part of the UN-led humanitarian deconfliction mechanism, and it was previously targeted in October 2019. The hospital is currently supported by funds from USAID; the US State Department’s Bureau of Democracy, Human Rights, and Labor; and UN OCHA-led Syria Cross-border Humanitarian Fund (SCHF).

“We’re appalled by continued attacks on healthcare. Innocent civilians and health workers continue to pay a heavy price in this conflict. Should any of us accept a world in which simply going to a hospital to deliver your newborn puts your life in grave danger?” said SAMS President, Dr. Mufaddal Hamadeh. “The international community has an obligation under international law to investigate these blatant attacks and hold perpetrators accountable.”

SAMS condemns in the strongest terms today’s attack on al-Shifaa Hospital and calls for an immediate investigation into the attack, and for all parties to the conflict to adhere to international humanitarian law and preserve the neutrality of healthcare facilities. This attack comes after the March attack on SAMS-supported Al-Atareb Hospital. To date, no investigation has been conducted. Attacks on hospitals cannot be allowed to continue with impunity. SAMS calls for the UN Security Council to convene a session to discuss the ongoing attacks on hospitals in Syria, and to finally adopt real solutions for holding perpetrators accountable and preventing future attacks.