A key component of SAMS’ psychosocial support (PSS) programming is its educational workshops, which raise public awareness on a variety of mental health issues and how they intersect with social and interpersonal dynamics within a community. For many beneficiaries who attend these programs, what they learn can help them to better understand and process their own situations, as well as make them aware of the options available to them for accessing psychosocial and medical services. 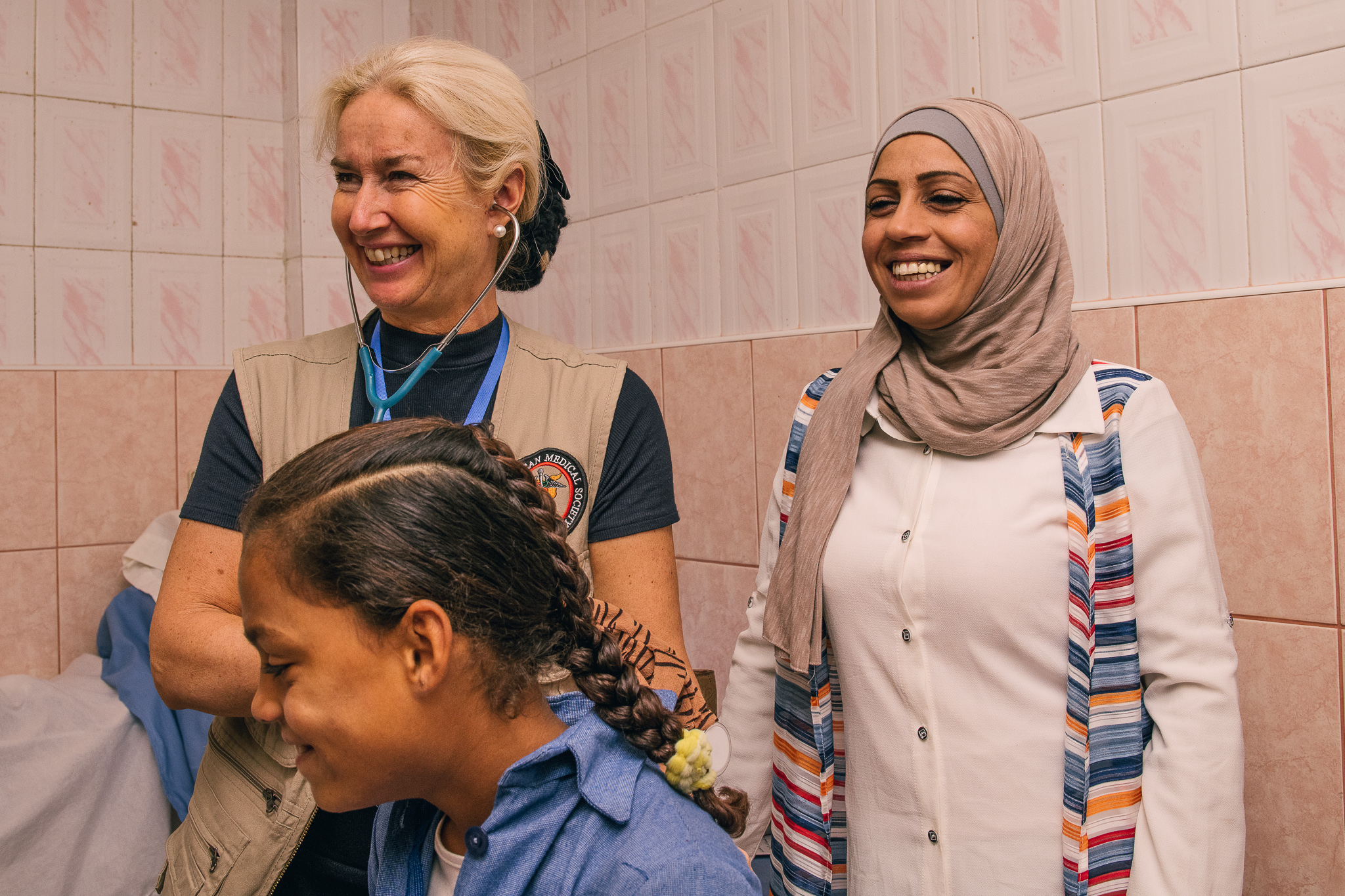 During a recent workshop on pain management, the SAMS psychosocial support team explained how mental health issues can manifest as pain and other physical symptoms. Following one of the presentations, a woman named Rana spoke privately with one of the coordinators about her own experience with emotional and social stress. Rana is a 33-year-old Syrian woman who lives with her children in a Palestinian refugee camp in Jordan. She was widowed in 2011, and her experience has been damaging to her psychological well-being and has also negatively impacted her children and their performance in school. Severe hair loss was a particularly distressing symptom to Rana.

Since her husband’s death in a traffic accident in 2011, Rana has cared for her two children, now 11 and 13, on her own. While she previously lived with family members in Jordan, the social pressures and abuse she faced compelled her to find her own housing despite financial hardship. As she moved from one area to another, the pressure her family put on her added to the immense psychological burden of the displacement itself. Her anxieties and fears were further amplified once she decided to live alone with her children, bearing the costs of living and raising a family alone amidst difficult economic circumstances and living conditions.

Her heightened stress and anxiety manifested in a variety of symptoms. At night, she began to hear strange voices and felt overwhelmed by anxiety and isolation. About three years ago, she started gradually losing her hair. The impact of this condition was devastating to her self-image: “I lost the foundation of my femininity,” Rana says. She wore her veil constantly, even in front of her children and while she slept. When people started to notice, the pressure and shame strained her relationships. Rana emphasizes that she has always tried her hardest to help herself and seek help from family and friends. She bought a wig to improve her self-image and has also enrolled in training courses on making simple handcrafted accessories. She sells her work as a basic source of income for herself and her children.

Once she shared her story with the coordinator, the psychosocial support team began addressing her medical and psychosocial needs. Following an initial assessment and an in-home evaluation, she was referred to the SAMS October medical mission in order to see a dermatologist. She reacted positively to the medication that the dermatologist prescribed, and her hair began to grow back. Rana has also received ongoing psychosocial support and has made enormous improvements in her mental health and overall wellbeing. She is looking forward to the next medical mission and her follow-up appointment with the dermatologist. In the meantime, SAMS psychosocial support team continues to monitor Rana’s progress and keep in touch with her, ready to provide support whenever they are needed.

As of December 1st, 654,192 Syrians were registered as refugees in Jordan.1 Just like Rana, each of them has experienced hardship and loss. In serving our beneficiaries wherever we operate, SAMS considers the full span of human needs for every patient: physical, psychological, social, and emotional. The SAMS psychosocial support team plays a vital role in this work through its educational workshops, training sessions, and individual provision of specialized care in an attempt to bridge the gap in mental healthcare for thousands who have been impacted by this conflict.