Why I Keep Going Back to Jordan on Medical Missions

The Syrian crisis is so overwhelmingly large, so unfortunately universal throughout the history of mankind, yet so personal. Witnessing refugee life in Jordan was unimaginable to me, in a setting so distant, yet so strangely familiar once I realized that families are families, dreams are dreams, and that we are all human beings doing our best to live our lives in peace and safety.

My first SAMS medical mission to Jordan – in fact, my first mission ever – was in 2017. The mission and impact of SAMS became important enough to me that I have returned three more times since, with plans for another mission at some point after the COVID-19 threat.

Whether in Al-Zaatari Refugee Camp or in the town clinics, my dedicated colleagues and my patients proved to be teachers with lessons far beyond the things that I ever learned as a physician. 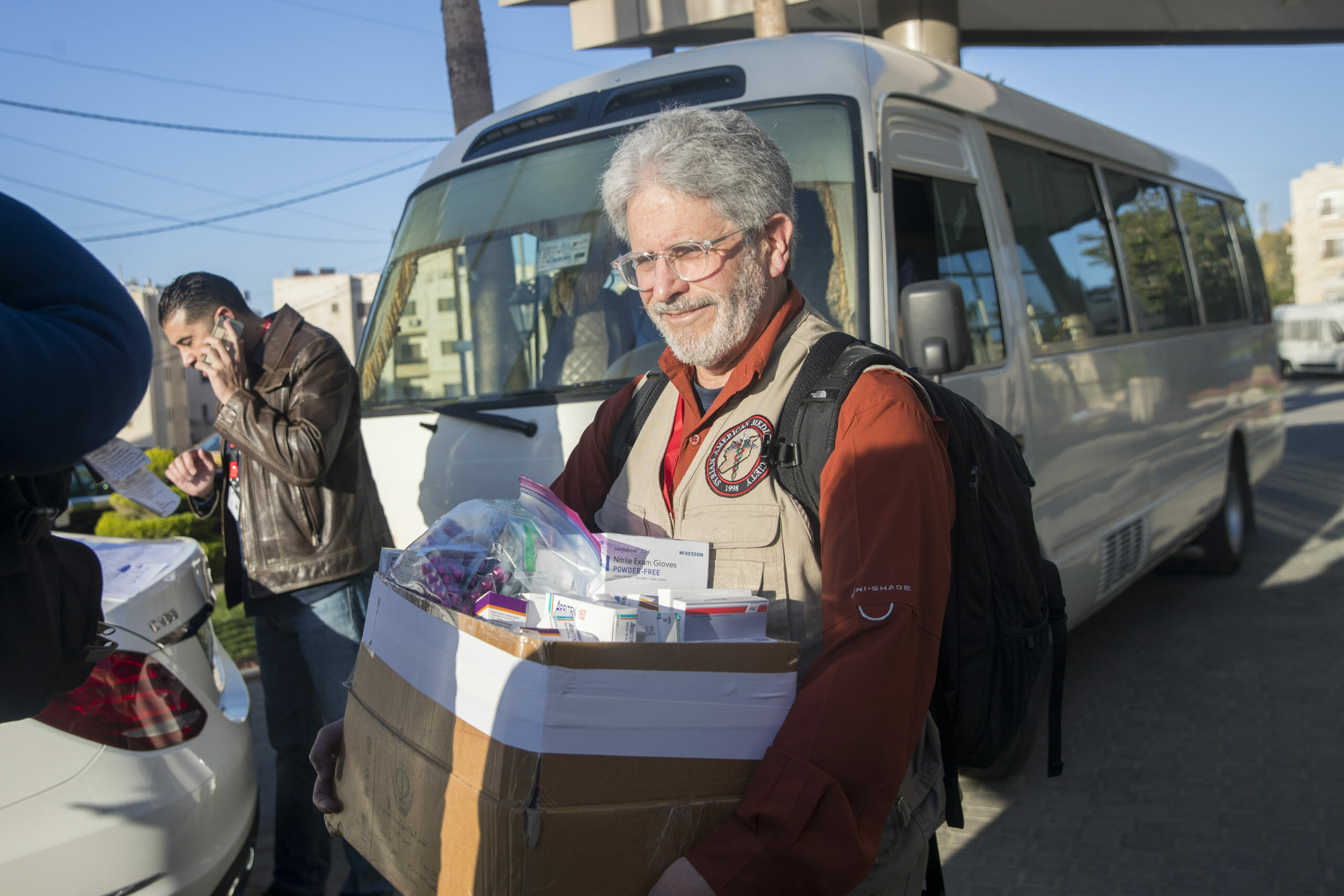 The clinics were packed, and the days were either sweltering in July or kerosene-heated in January. Still, the refugees came, adolescents or elderly, alone or with children in tow. Their complaints were either medically familiar (e.g., diabetes and hypertension) or, as likely, somatic complaints resulting from stress, grief, depression, or physical injuries.  Through it all, the camaraderie of my colleagues from the United States, Europe, South Africa, and other countries in the Middle East and beyond were experiencing the same gratifying, but exhausting, busy-ness and satisfaction of “making do” with the equipment and resources at hand.  The students, from Amman or elsewhere, were a delight to teach in the clinics – smart, motivated, inquisitive, resourceful, and realistic. 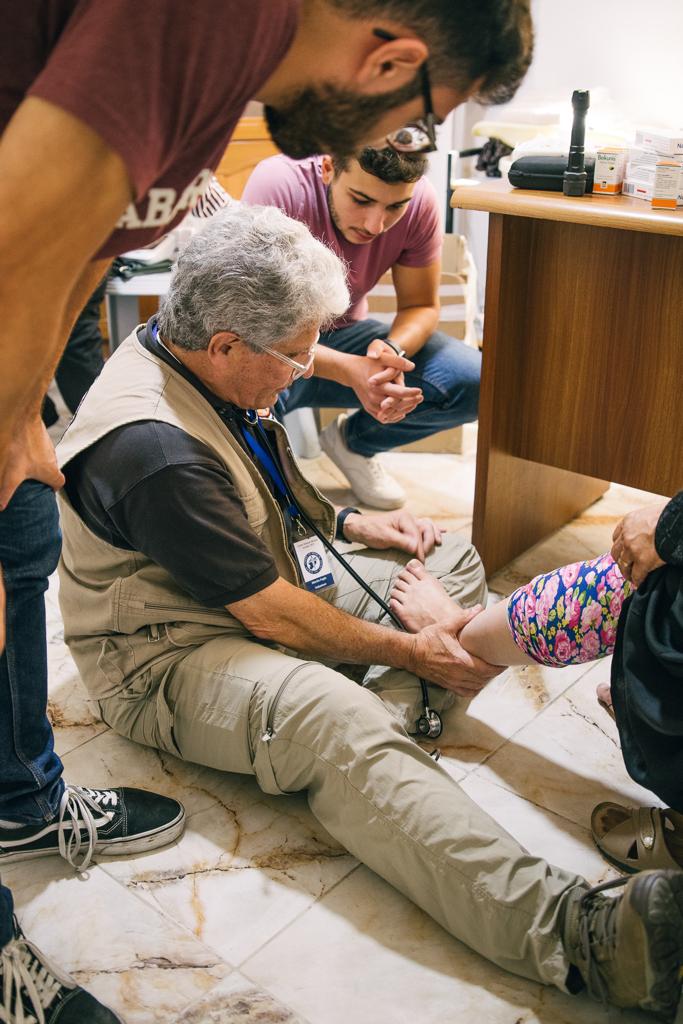 Every refugee has their story to tell.

Sara* was a 42-year old woman with 3 grown children and raising 2 grandchildren, keeping her constantly busy at home. Her leg discomfort was the result of the daily strains of hard work and varicose veins, a common complaint anywhere. My students that day learned how to examine a leg, when to be worried enough to need further testing, and how to provide relief with the barest of “things” to prescribe. A pantomime demonstration of stretching exercises, a pair of support stockings (from my supply spirited into the country in my luggage), and a sizeable dose of reassurance would have to suffice for today. 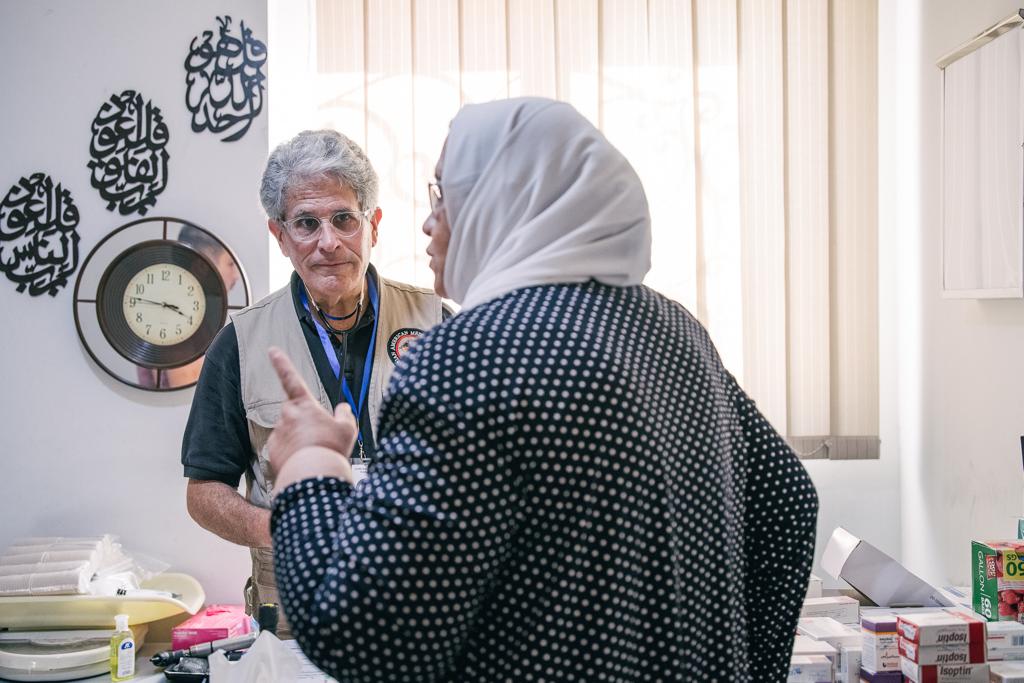 I met Mohammad* one day in Al-Zaatari Camp when he was brought to the clinic in his wheelchair by his brother and father. Mohammad was a 22-year old craftsman in Syria, working the day the bomb landed in his town. Now, a double amputee still needing extensive physical therapy, and too injured for bilateral leg prostheses, his major problem was the struggle of daily activities presented by the bony injuries to his left shoulder. In what limited time we had that day, his story was one of strength, disappointment, frustration, and sadness, since he had come to see a vascular surgeon from America with hope for answers different than the ones he had been given so many times since his injuries.

His resolve to make the best of his disability was inspiring, but the reality of his limitations was a sobering reminder of the tragedies of war.

I can’t resist mentioning the closeness that we all felt participating in these missions, sharing the experiences (stressful as they might be), the sightseeing, and enjoying the pleasures of post-clinic snacks from the “Falafel man” in Al-Zaatari Camp. 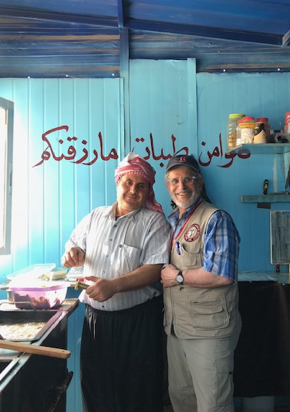 “Curing” the disorders of politics, religions, and age-old struggles is beyond anything we can ever accomplish by bringing medical care across the globe a week at a time. So, what is can one person offer? First, is the optimism and hope that results from simply knowing the stories that refugees can tell. It is that personal connection with fellow human beings describing their anguish of loss, disappointment, and fear that makes the refugee crisis so immediate and so real.  Second, it is simply being there and doing whatever one can do to help – by donating money and equipment, traveling to be there with people in need, and providing whatever medical care and medications that we can give. To pretend that we are powerless in this crisis is unfair to us all.

I will be forever grateful for the opportunity to be part of SAMS and its medical missions, and I am honored to help shine a light on the critical importance of World Refugee Day.

*All names have been changed to protect identities.