Al-Waer: The Forgotten Besieged Neighborhood in the City of Homs

For Immediate Release
May 16, 2016
Washington, D.C.- On May 12, a joint aid convoy of the U.N. and Syrian Arab Red Crescent (SARC)  was denied entry to the besieged town of Daraya, on the outskirts of Damascus. This convoy would have been the first humanitarian convoy to be delivered since Daraya was besieged over three years ago, and was intended to provide medical supplies to local hospitals, as well vaccinations  and hygiene materials. According to the U.N. and SARC, the aid convoy was stopped at the last checkpoint on its way into the besieged town, despite previous approval by the Syrian government. 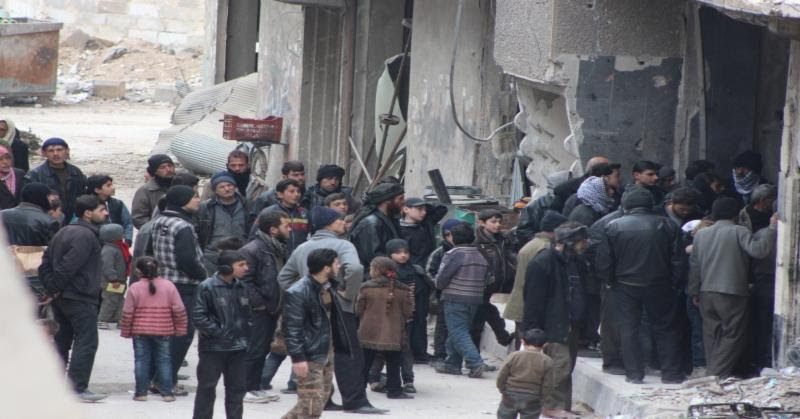 Humanitarian convoys continue to be systematically denied entry to besieged communities. Last week, life-saving supplies failed to reach the besieged area of al-Waer, a suburb of Homs. Civilians in al-Waer are suffering from staggering levels of need. There is a severe shortage of medical supplies, specialized surgeons, baby milk, dialysis supplies and equipment, vaccinations, antibiotics, anesthesia medications, blood bags, and syringes.Medical personnel at al-Bar hospital have been denied entry into the besieged area of al-Waer. However, some have been permitted to enter once a week. The medical facility faces a severe lack of specialized surgeons, in particular: neurosurgeons, cardiologists, and orthopedic surgeons.

With patients unable to leave the town for medical treatment, many cases of amputation and even death have been reported. An emergency medical equipment and supplies vehicle, which had previously entered the besieged area of al-Waer on the first Saturday of every month, has been refused entry for the past three months.

“Both Daraya and al-Waer are two of at least 46 communities that are being denied aid,” said Dr. Ahmad Tarakji, SAMS President. “Long-term sieges – some of which have been ongoing since 2012 – intentionally deny basic necessities such as food, water, and medicine as a cruel tactic of war. There must be a consistent and sustained humanitarian access into all areas under siege in the four major priority areas: food, health, WASH, and NFIs.”

It is essential that aid convoys be allowed access to besieged areas with lifesaving supplies and for civilians to be permitted to exit the town of their own accord. Inability to reinforce the UNSC resolution is enabling perpetrators to continue the lockdown on besieged areas with complete impunity. SAMS calls for the international community and the U.N. to reinforce its own UNSC resolution and respond urgently to this critical humanitarian situation.