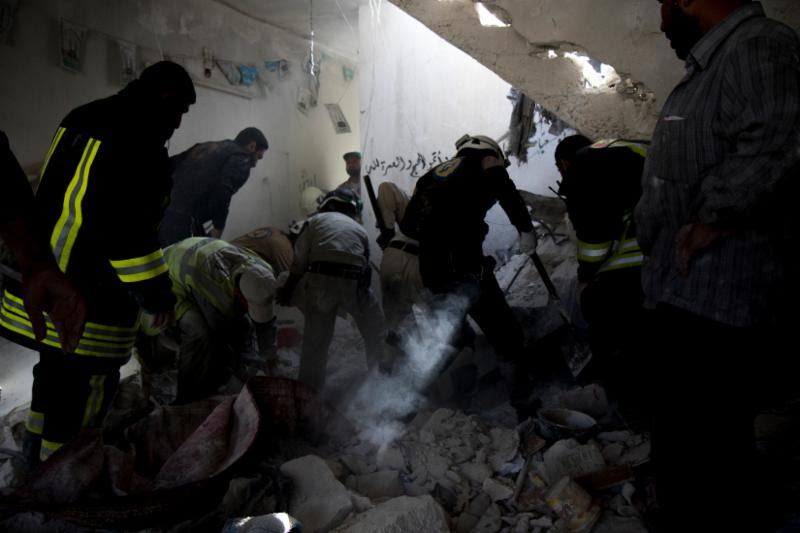 – Dr. Abo El Ezz, SAMS Aleppo Coordinator
In the last week, a large-scale aerial bombardment campaign has been taking place over Aleppo City, breaking the already fractured cessation of hostilities. Over 250 civilians in Aleppo, including at least 49 children, have been killed from these aerial attacks. Two hospitals have been completely destroyed, and numerous medical workers have been killed. The UN Special Envoy to Syria, Staffan de Mistura, said, “We have had an average of one Syrian killed every 25 minutes, one Syrian wounded every 13 minutes.”
Aleppo is burning.
The humanitarian crisis, already unmatched in its scale, is at a critical moment. The situation in Aleppo is an emergency that must be met with urgent action from the international community and the U.S. government.
Take these 5 actions now for Aleppo and its people:
1. Call, write to, or meet with your Member of Congress. Tell them to reach out to the U.S. administration immediately.
Find your Member of Congress’ and Senators’ contact information here. Send them an email, and feel free to use this letter as a template – all you have to do is copy-paste. Call their office, and use these talking points to guide your message. We are calling for all Members of Congress to raise the alarm about Aleppo by (1) making a floor speech about Aleppo and the need for urgent U.S. action to protect Syrian civilians and humanitarians (2) meeting with State Department and White House/ National Security Council officials, calling for the U.S. administration to push Russia and the Syrian government to fully and urgently uphold the cessation of hostilities.

2. Reach out to the International Syria Support Group (ISSG) stakeholders.
Reach out to critical ISSG stakeholders, particularly the U.S. and Russia, and urge them to ensure that the cessation of hostilities is upheld through Syria, including Aleppo. Use these talking points to help guide your call.
White House: (202) 456-1111
Russian Embassy: (202) 298-5700
3. Place local media.
Write a letter to a local newspaper about the crisis in Aleppo and mention the name of your Congressperson and/or Senator. Feel free to use SAMS’s op-ed template and reach out to SAMS Advocacy Associate, Natasha Kieval, at [email protected] for personal assistance with op-ed drafting and media outreach.
4. Raise awareness through social media.
5. Join or hold a vigil.
Join one of the powerful vigils happening around the U.S. and around the world, as people wear red clothes to stand in solidarity with Aleppo and the civilians, rescue workers, and doctors who are paying the ultimate price. 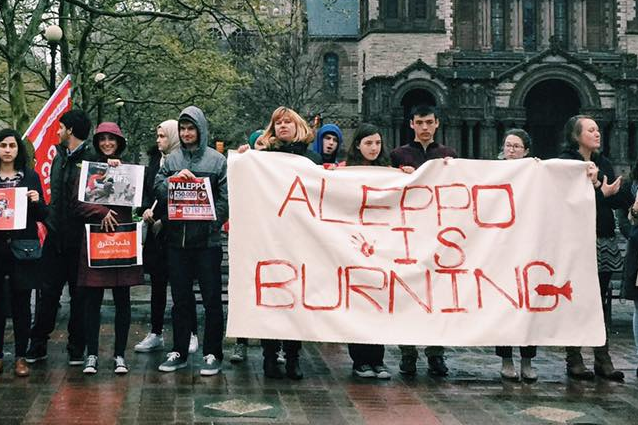 Donate to our ‘Save Aleppo Fund’ Today