Washington, D.C.- The humanitarian situation in northwestern Syria has reached a tipping point. Since April 26th, 3.7 million civilians in northwestern Syria have been subjected to an increased bombardment campaign, killing at least 500 people and injuring many more, many of whom are children and women. On July 7, UNICEF reported that at least seven displaced children were killed in an attack on the village of Mhambel, in the outskirts of Idlib.

The heightened offensive has displaced more than 360,000 people- overwhelming already-stressed systems supporting internally displaced persons (IDPs). Some formal IDP camps in their area are currently functioning at 400% capacity. Only 110,000 newly displaced persons have found shelter in formal IDP camps; the rest have been forced to seek shelter in makeshift  settlements or out in the open living between olive trees. Two hospitals in areas hosting IDPs were recently forced to suspend operations due to funding constraints. These two hospitals served a population of 260,000 members of the host community and 125,000 IDPs. In response to the increased needs, SAMS relocated one of its facilities that was recently forced to close due to the escalation to an area further north, where it is able to meet some of the community’s growing medical needs. 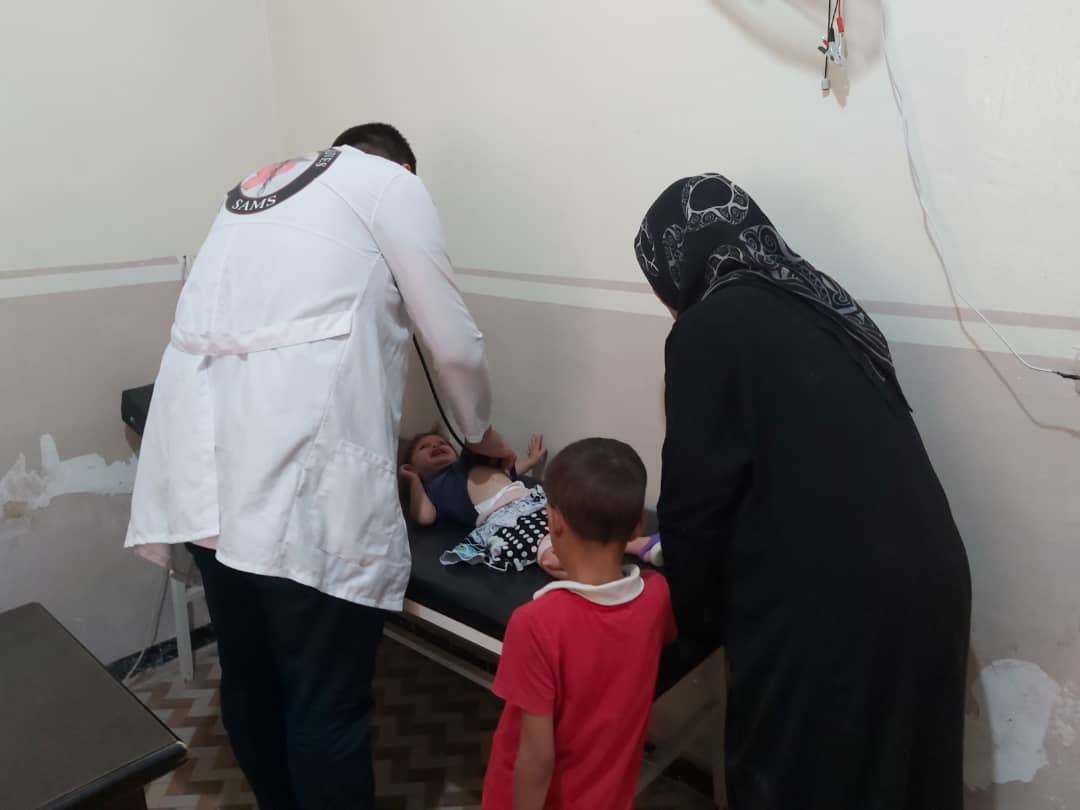 The closure of this facility comes as unhygienic conditions in informal IDP settlements have led to an increase in communicable diseases such as leishmaniasis. In addition to concerns about the spread of diseases, there remain massive needs for shelter and protection amongst the displaced population. Multiple displacements and the lack of access to basic services signal an increased risk of death, injury, and disability due to unsafe conditions, as well as gender-based violence (GBV) and trauma, particularly among children. Among the newly displaced population, there are approximately 82,500 women and girls of reproductive age in need of dignity kits.

In addition to the massive displacement, the recent escalation has also included the targeting of civilian and humanitarian infrastructure. Since April 26th, there have been 30 attacks reported on 27 health facilities which resulted in the death of nine individuals. A total of 50 health centers that were not targeted either partially or fully suspended operations operations due to safety concerns about shelling nearby. It is worth noting that 10 of the facilities attacked participated in a UNOCHA-led deconfliction mechanism, during which humanitarian facilities’ coordinates were shared with parties to the conflict in order to lessen the risk of unintentional bombardment and encourage some sort of accountability for the numerous attacks and violations of IHL. So far, no investigation into the violations of the mechanism has begun. Forty-five schools were also targeted. On July 5th, a water station in Ma’aret Al-Nouman was hit, preventing over 80,000 people from accessing clean water. The water station was established by Binaa for Development and funded by UNICEF and OCHA. 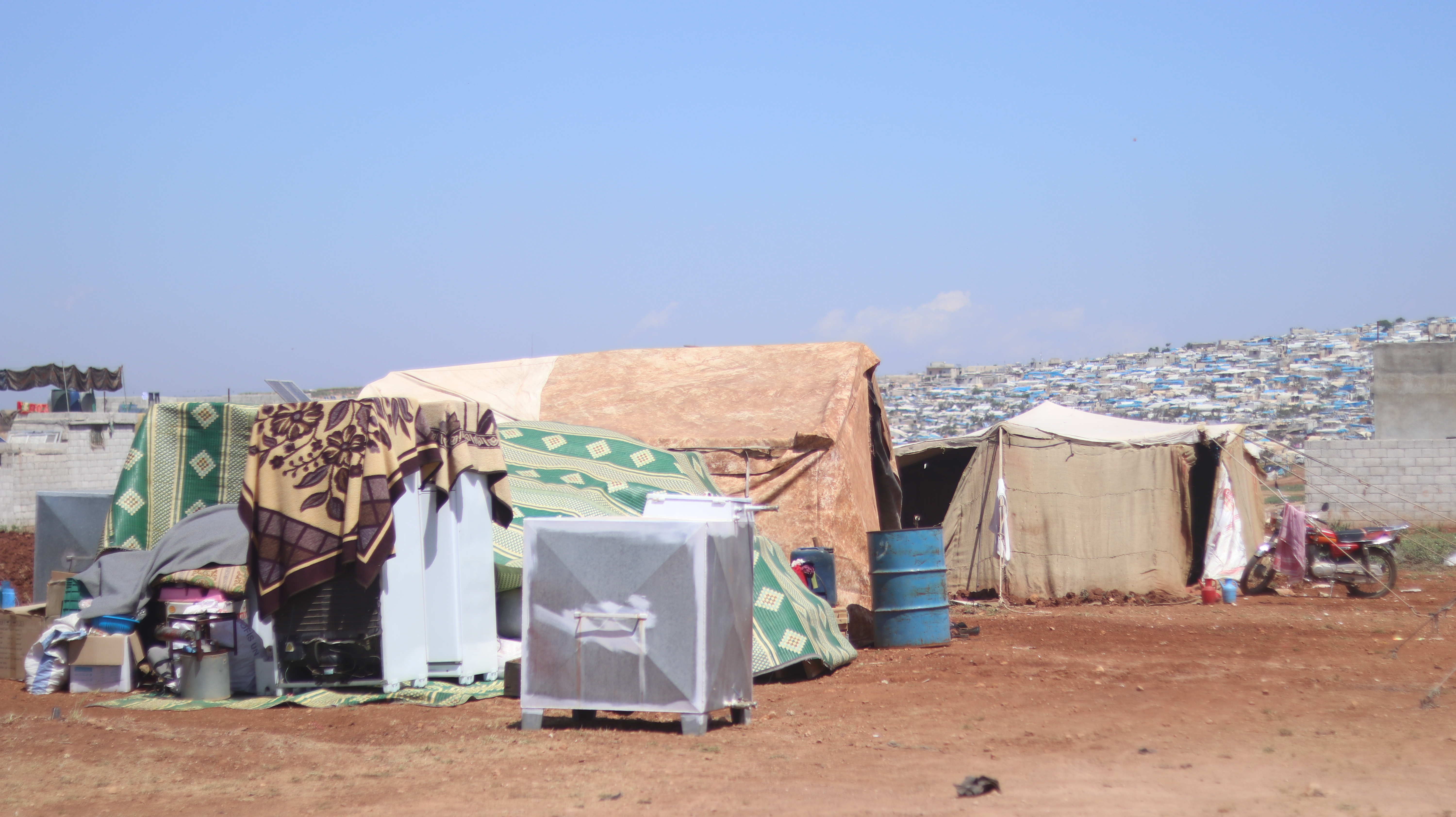 “The escalation in northwest Syria has had an unimaginable toll on civilians. The international community needs to intervene now to put an end to this humanitarian catastrophe  that is unfolding in the area , investigate violations of the deconfliction mechanism, and respond to the needs of IDPs and vulnerable members of the host community,” said Dr. Mufaddal Hamadeh, SAMS President.