Washington, D.C. – Today at approximately 12:00 PM local time, Al Ferdous Hospital in Darat Ezza was directly targeted by an airstrike, causing extensive damage to the facility and forcing it to suspend its operations and evacuate patients to nearby facilities. The hospital guard was severely injured as a result of the airstrike. The Syrian American Medical Society (SAMS) supported the dialysis unit at the hospital, which was the only center providing these services in the area. Since February 10th, SAMS has documented eight health facilities impacted by the continued escalation in northwest Syria, including three hospitals that were targeted by airstrikes during the past week. In addition to the attack on Al Ferdous Hospital, an aerial attack hit an area 350 meters from Atareb Maternity Hospital on February 10th, causing material damage and endangering medical personnel and their patients. The hospital was evacuated following the attack. Another attack landed 300 meters from al-Amal Hospital in Daret Izza on February 11th. Luckily, it did not result in casualties or damage. Combined, these facilities provided 29,290 services last month alone. 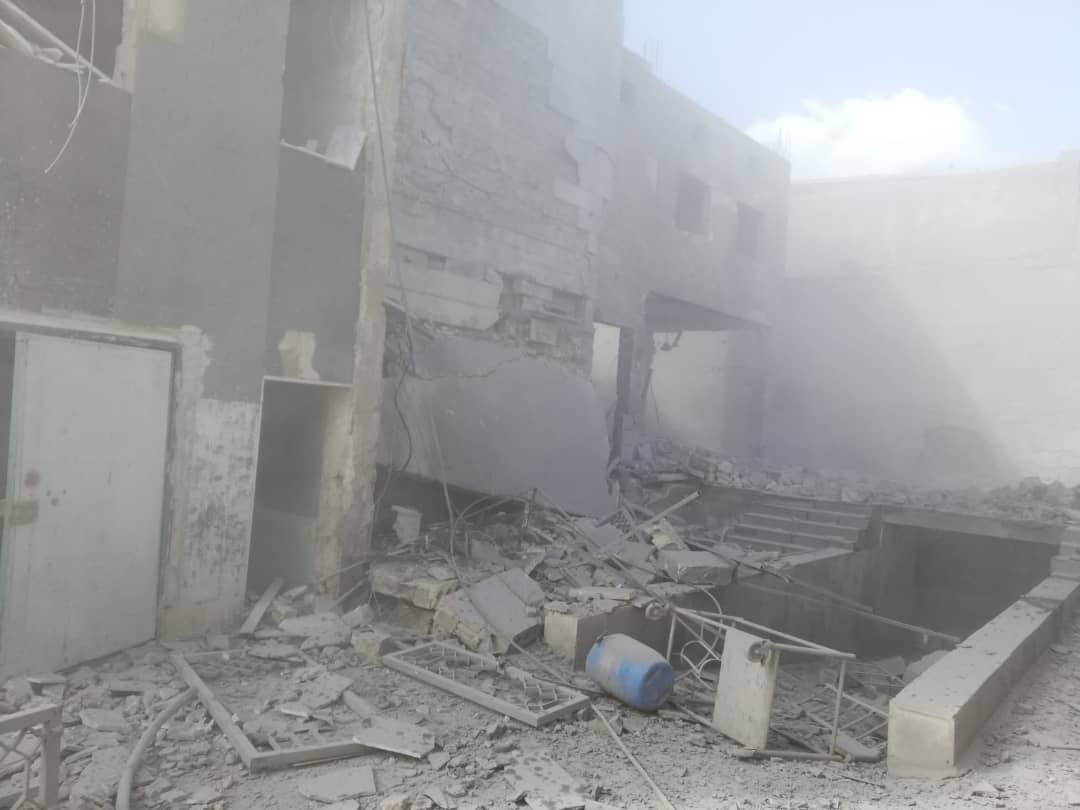 In addition to these three attacks, the escalation in northwest Syria has forced health facilities to close, evacuate, or limit the services they offer in order to protect staff and patients from ongoing bombardment. In the past week, SAMS has temporarily suspended services at two primary health centers and a midwifery institute in northwest Syria and evacuated two primary health centers. The suspensions are the result of heavy aerial bombardment in the areas surrounding the facilities, which makes it too dangerous for staff and patients to remain in the facilities. The evacuations come as shifts in territorial control continue to drive mass displacement to areas along Syria’s northern border with Turkey.

“SAMS is deeply concerned by the ongoing attacks on civilians and civilian infrastructure. We’ve lost a number of our facilities as a result, depriving hundreds of thousands of civilians of lifesaving medical care amid bombing and displacement,” said SAMS President, Dr. Mufaddal Hamadeh. “At SAMS, we’re committed to saving lives and ensuring the protection of our medical personnel. All parties to the conflict must uphold international humanitarian law and stop targeting health facilities immediately.”

The ongoing escalation in northwest Syria has also displaced 900,000 people since December 1st, 2019. Formal camps for internally displaced people (IDPs) rapidly filled beyond their capacity, leaving many IDPs to seek shelter in cramped, flooded informal settlements or to remain exposed to the elements. Winter weather has worsened conditions, leaving settlements flooded, muddy, and freezing. SAMS facilities responding to the displacement crisis have reported multiple fatalities from exposure to the cold, and upper respiratory and other winter illnesses are widespread amongst the displaced population. Last week, a father brought his young daughter to SAMS-supported hospital in Afrin, taking a two-hour trip on foot. By the time he reached the hospital, his daughter had succumbed to the cold and passed away in his arms.

SAMS strongly urges all parties to the conflict to immediately cease hostilities in northwest Syria and respect the protected, neutral nature of health facilities and other civilian infrastructure as required by international law. As long as the conflict continues, civilians will continue to suffer. The international community must intervene swiftly to prevent the furthering of this humanitarian catastrophe, and intensify its efforts to respond to the needs of IDPs living in truly horrific, inhumane conditions.