Washington, D.C. – At approximately 10:15 AM local time, an aerial missile hit SAMS-supported Sarmin Health Facility in northwest Syria, causing major structural damage to the facility and rendering it inoperable. No fatalities or injuries were reported. As of February 2nd, the center was operating on an emergency basis and completed a partial evacuation due to ongoing violence. The center provided an average of 4,250 primary healthcare services to 3,775 beneficiaries and delivered 60 newborns each month. This facility was part of the UN-led deconfliction mechanism.

Since late April 2019, at least 75 health facilities have been targeted as part of the ongoing escalation in northwest Syria. According to WHO, at least 53 health facilities have been forced to suspend their services due to violence since January 1st. These attacks compound the challenges that civilians face in accessing care at a time when they are already experiencing increased need for health services due to displacement and bombardment. Last month alone, SAMS facilities treated 985 patients injured by aerial strikes, including 154 children and 94 women. 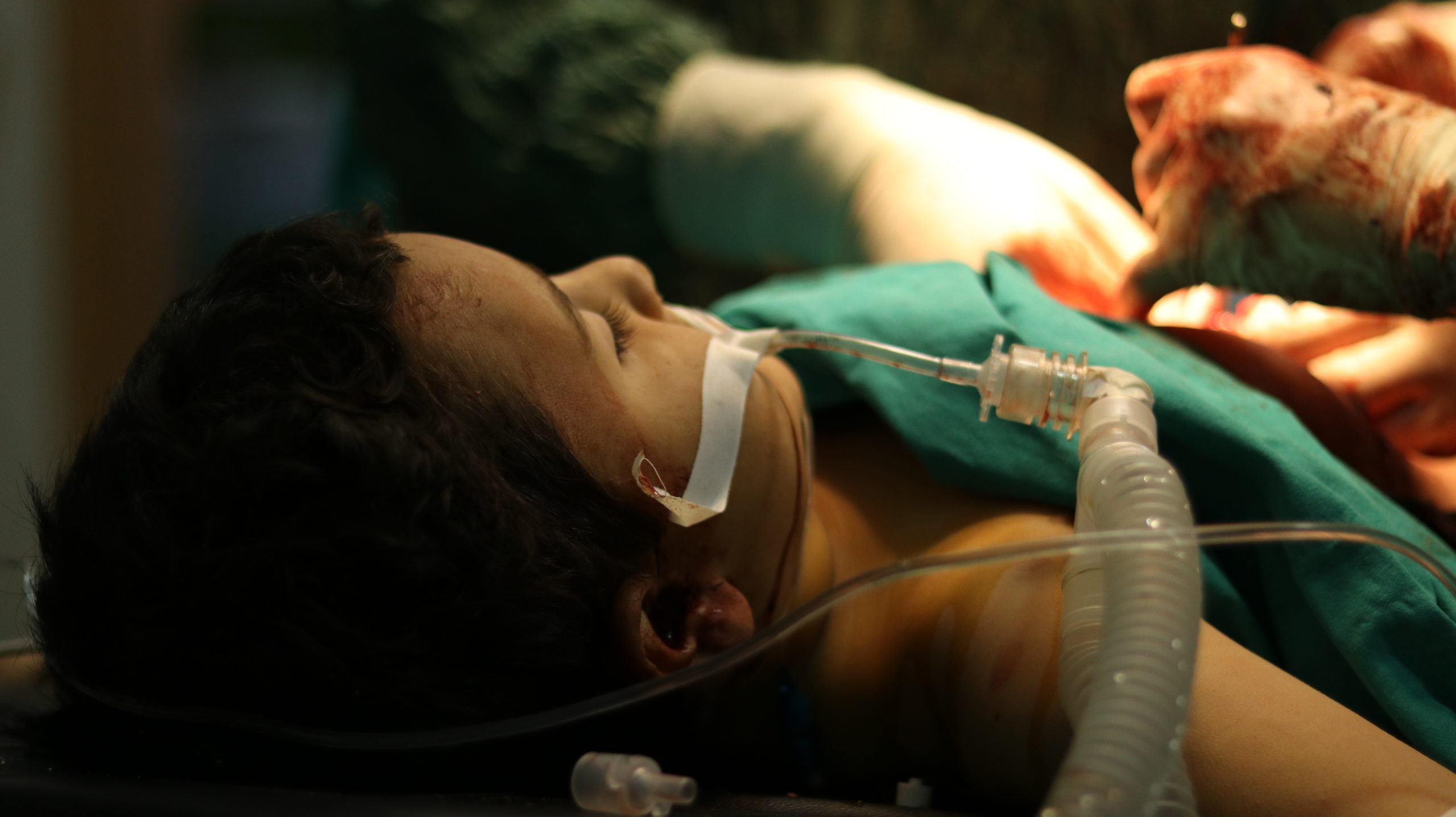 “These systematic attacks on healthcare represent an egregious violation of international humanitarian law, yet the international community stands idly by while hundreds of thousands of civilians are being killed, injured, and displaced. Health facilities are not military targets,” said Dr. Mufaddal Hamadeh, SAMS president. “Health workers in these facilities risk their lives every day to help the sick and injured in their communities. They should not have to go to work knowing that they may not return home.”

In addition to taxing the health system, the ongoing violence in northwest Syria has caused the largest wave of displacement in the entirety of the nine-year conflict. The attack on Sarmin Health Facility comes amid significant escalation along the Saraqeb axis, which has displaced more than 60% of the town’s population. An estimated 520,000 civilians have been newly displaced since December 1, 2019, due to the latest escalation in violence, of whom 80% are women and children. In total, more than 2.8 million people in northwest Syria are currently in dire need of humanitarian assistance.

The needs remain great for the displaced population of northwest Syria. As formal IDP camps have exceeded their capacity, people have been forced to reside in haphazard informal settlements or remain in the open. The current funding gap in all sectors for the emergency response to displacement for a 6-month period lasting until July 1, 2020, is estimated to be over $336 million. Significant gaps also remain in the Water, Sanitation, and Hygiene (WASH) and Protection sectors. Substandard shelter and WASH conditions contribute to the spread of disease, making the displaced vulnerable to outbreaks of measles, upper respiratory conditions, gastrointestinal illnesses, and other diseases. 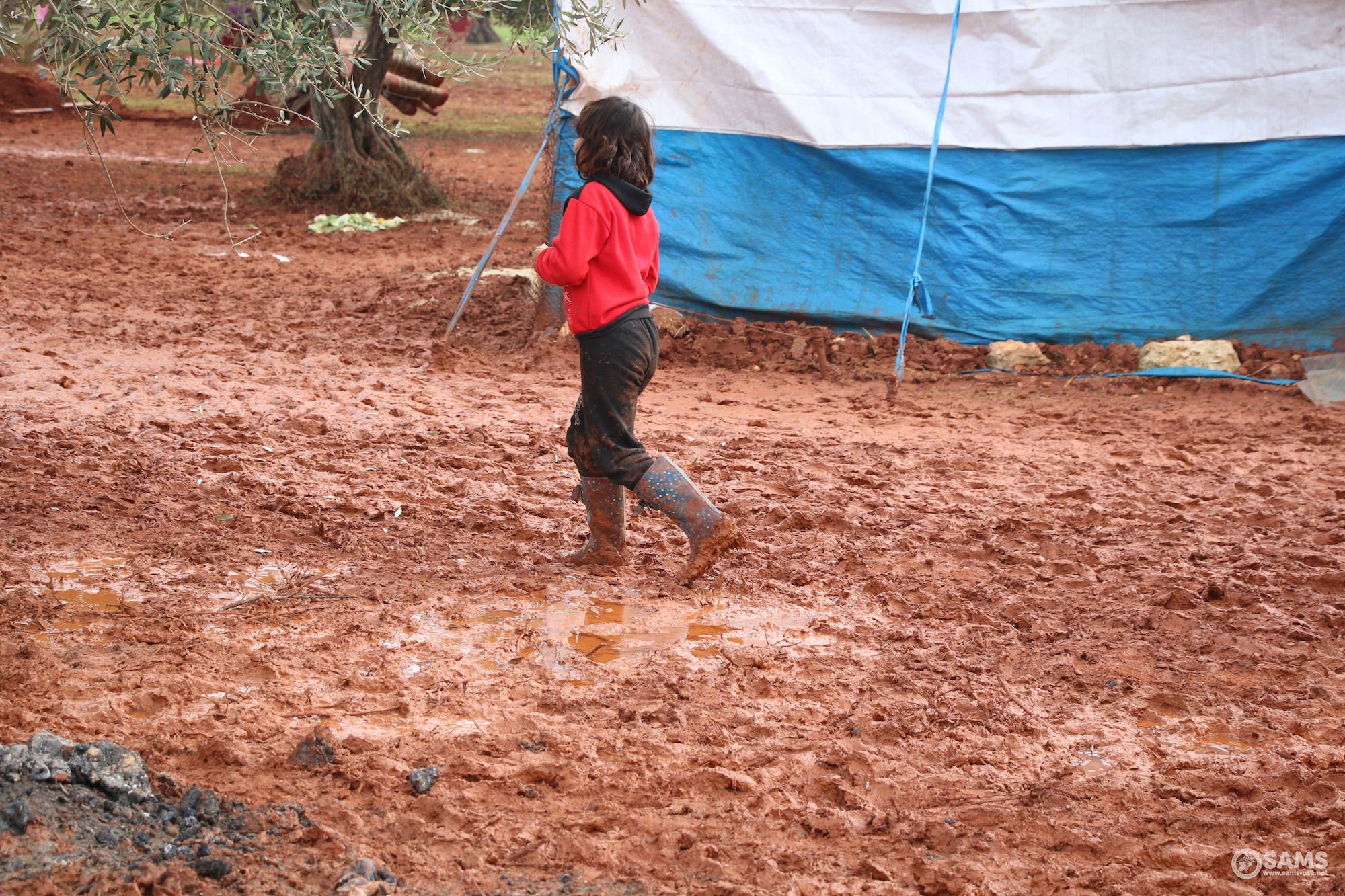 SAMS condemns in the strongest terms possible the ongoing attacks on healthcare, and calls for all parties to the conflict to preserve the neutrality of health facilities and prioritize the protection of civilians in accordance with international humanitarian law. The international community has a moral duty to intervene immediately to prevent a humanitarian catastrophe, support diplomatic efforts to end the violence in northwest Syria, and denounce continued attacks on civilians and civilian infrastructure. Finally, the international community should immediately mobilize emergency funds to help meet the needs of the displaced population.