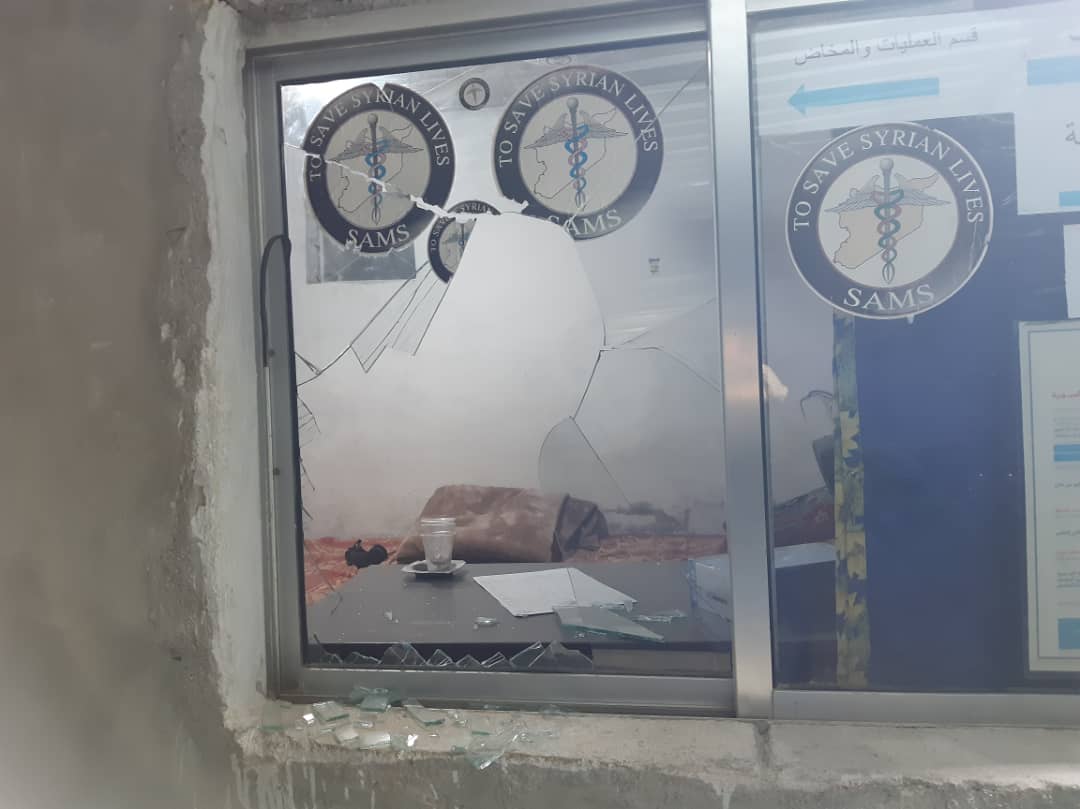 Four SAMS staff members were wounded as a result of the attack. Large parts of the camp were burned and the hospital sustained considerable material damage, causing the medical staff to evacuate patients to nearby facilities.

Our health facilities in Idlib are currently working at full capacity to receive casualties from this attack. SAMS-supported facilities have received a total of 20 injured civilians so far. 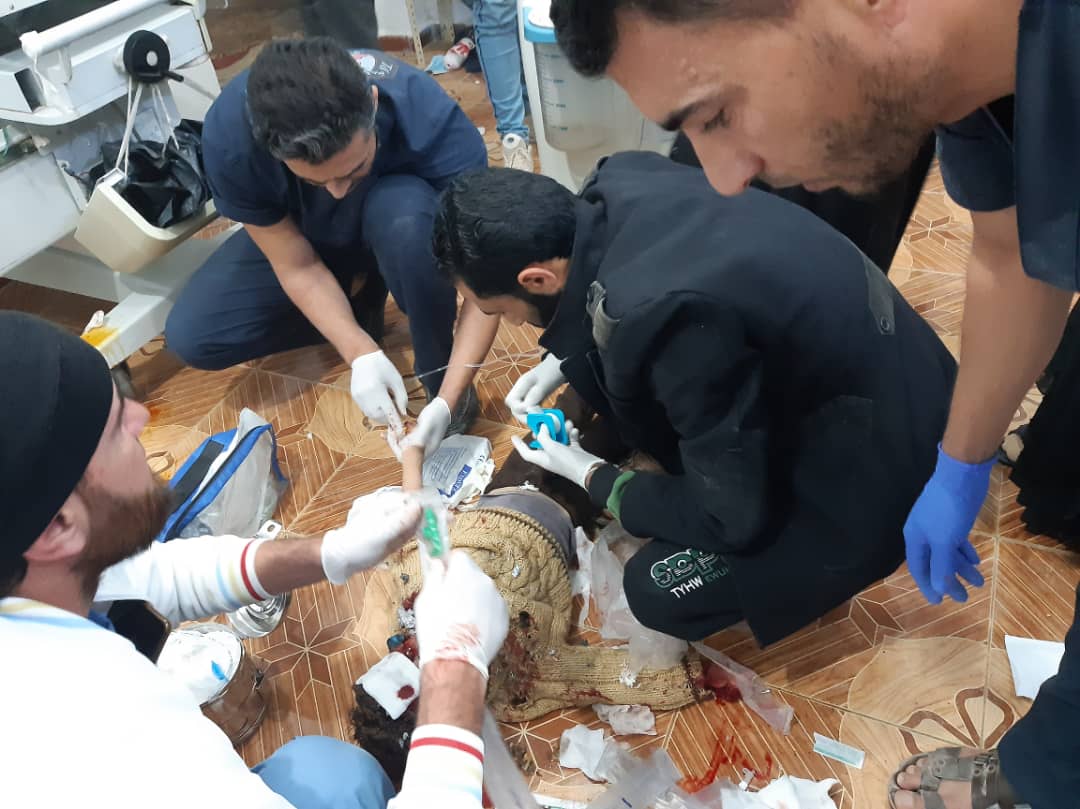 SAMS began operating Qah Maternity Hospital a few months ago to help fill the gap that was left when the former Tarmala Maternity Hospital was destroyed in May of this year. Both hospitals participated in the UN OCHA-led deconfliction mechanism.

This attack on Qah Maternity Hospital marks the 65th attack on 47 health facilities in northwest Syria since the end of April 2019. It is the 24th attack on a SAMS-supported facility within that same period. The attack also marks the 7th instance of targeting a maternity hospital, which is especially devastating given the already-critical gaps in the provision of maternal healthcare in northwest Syria.

Nearly 550,000 civilians have been displaced during the recent escalation, most of whom now reside in informal settlements near the Turkish border with little or no access to basic humanitarian aid. The only protection civilians have from attacks like today’s is their makeshift canvas shelter. Qah Camp is located only 2km from the Turkish border, and many of its residents settled there due to its proximity to the border, perceiving it as relatively safe. 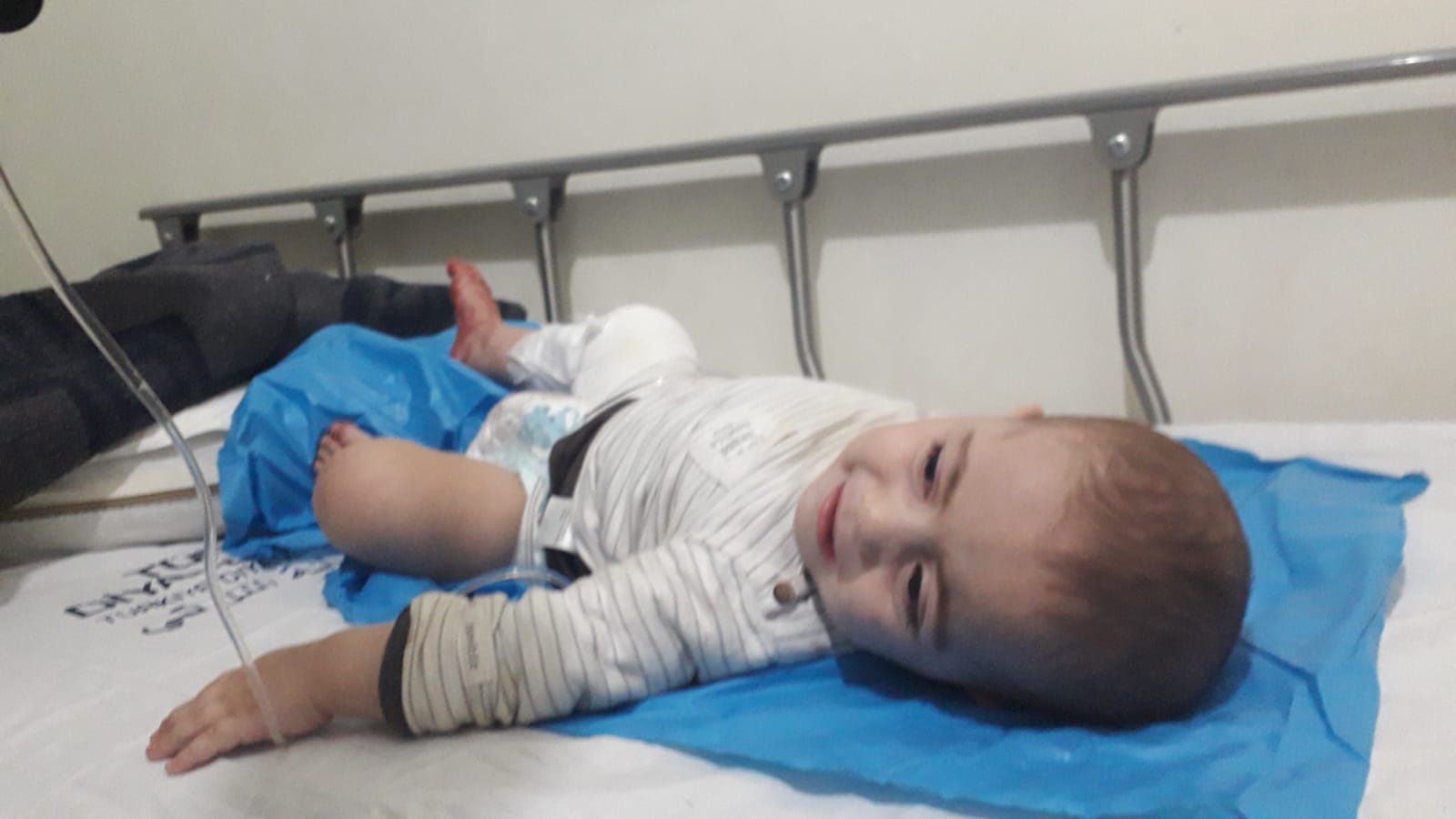 “Today as we celebrate World Children’s Day, innocent children in Idlib have been subjected to this unlawful, inhumane bombardment,” said SAMS President, Dr. Mufaddal Hamadeh. “We are appalled by this egregious disregard for human life, especially on the day we are supposed to celebrate our future generations.”