Washington, D.C. – As attacks on northwest Syria intensify, hundreds of thousands of civilians have been forced to flee, creating unprecedented levels of displacement in the nine-year conflict. Medical facilities continue to be subjected to relentless bombardment. Since December 20th, ten SAMS-supported health facilities in northwest Syria have been impacted, including an attack as recently as January 26. The escalation, which is part of an ongoing campaign that began in late April 2019, has killed over 1,500 civilians and injured thousands more.

Over the past two months, more than 350,000 people have fled, the vast majority of whom are women and children. Many of those who have been recently displaced lack access to basic necessities, including proper shelter, WASH facilities, healthcare, and fuel. The poor living conditions in makeshift settlements and those completely without shelter are exacerbated by harsh winter conditions. SAMS medical teams on the ground have seen an increase in respiratory infections, skin conditions, and other illnesses spread and worsened by the winter weather in displacement. 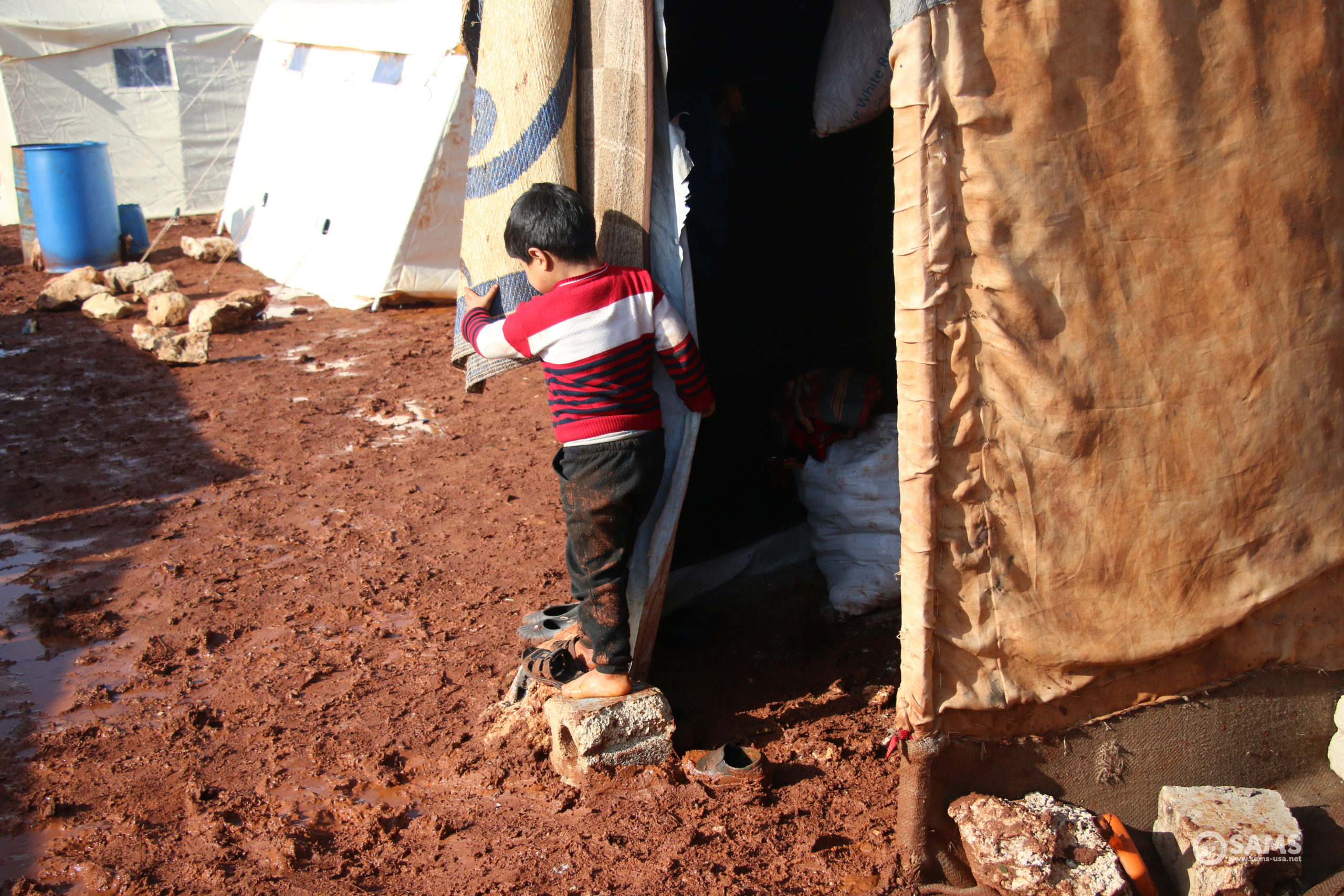 Attacks on health facilities have reduced the capacity of local health systems to meet the needs of the populations they support. On December 23rd, SAMS was forced to evacuate two major hospitals due to heightened levels of violence and systematic targeting, making it unsafe for staff to continue their life-saving work. Combined, Al-Salam Maternity Hospital and Ma’arat al-Numan National Hospital, which is the largest health facility in southern Idlib, have provided over 25,000 medical services on a monthly basis, serving a population of 300,000 civilians. Ma’arat al-Numan National Hospital was directly targeted after the evacuation on January 8th.

Since last month, SAMS has evacuated and closed three other healthcare facilities in southern Idlib in an effort to protect staff and patients. Many other facilities have been forced to temporarily close and reopen, or exclusively provide limited services on an emergency basis. Since late April 2019, there have been 74 attacks on 49 health facilities, disrupting the provision of medical care in areas already in acute need.

“We are appalled by the blatant violations of international humanitarian law and sheer disregard for human life,” said Dr. Mufaddal Hamadeh, SAMS President. “The international community has failed to protect civilians yet again. We have seen the same scenario again and again in eastern Aleppo, East Ghouta, and Dara’a. Their silence has led  to a humanitarian catastrophe. Enough is enough.”

In addition to the risks posed by attacks on health facilities, health workers may also face persecution as territorial control shifts due to the conflict. As Physicians for Human Rights recently documented, health workers are often detained and subjected to abuse based solely on their work in the healthcare field during the conflict. With the ongoing conflict generating shifts of control, this risk is especially high for health workers in the southern Idlib governorate.