Washington, D.C.- On the evening of Tuesday, September 3rd, 2019, Dr. Othman Al-Hassan was driving to work at SAMS-supported Ma’arret Masreen Hospital on Al-Dana road. A group of armed individuals opened gunfire on his vehicle, causing him to lose control and crash on the side of the road. The individuals then removed him from the vehicle and violently assaulted him, before transporting him to Bab al-Hawa Hospital for treatment.

Upon arriving at the hospital, these armed individuals identified themselves as members of the security forces of Hay’at Tahrir al-Sham (HTS). After one hour of treatment, the HTS members demanded to remove Dr. al-Hassan from the hospital in order to arrest him. The hospital staff initially refused to discharge him, stating that he needed further treatment. The armed men verbally abused the staff, then threatened to arrest them and storm the operating room. Fearing for their own safety, the hospital staff then discharged Dr. al-Hassan, who was subsequently detained by HTS and taken to an unknown location. Following intervention by local leaders, he was released five hours later. 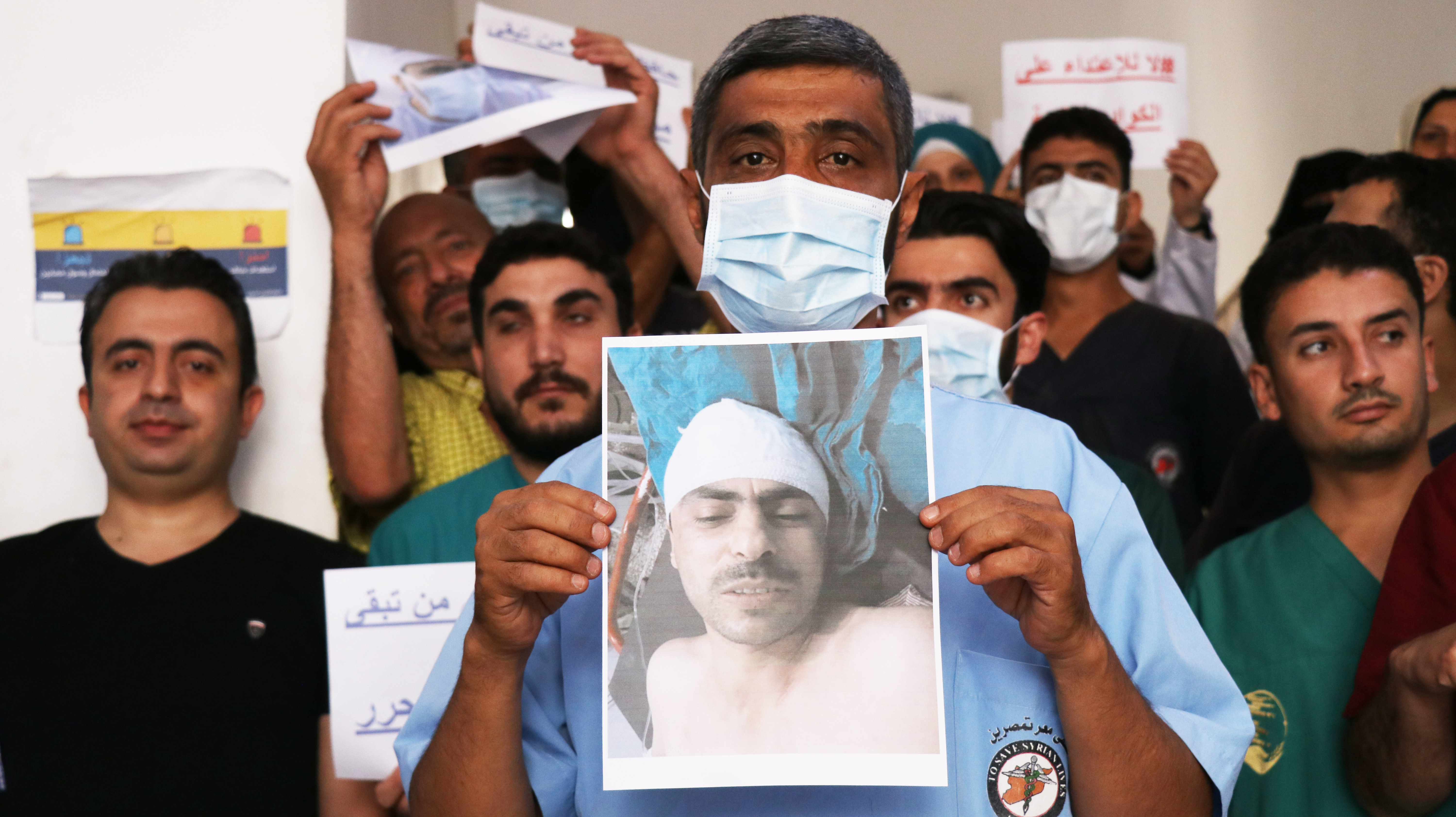 Humanitarian workers have continued to provide essential services amidst the deteriorating humanitarian situation in northwest Syria. However, these brave individuals cannot continue to provide medical services while being subjected to aggressive and hostile behavior, in addition to aerial bombardment and artillery shelling. Such aggressions and abuses cannot be tolerated under any circumstances. The continuation of such attacks pose a fundamental threat to the continuation of humanitarian work in Syria, and forces specialized medical personnel  to flee the country for their own safety.

Security operations cannot justify unlawful and inhumane acts such as targeting civilians, interfering in hospitals, and arresting or harassing doctors and other humanitarian workers. At the same time, the illegal targeting of humanitarian facilities and the indiscriminate bombardment of civilian areas by the Government of Syria and its allies must also be condemned and prevented. 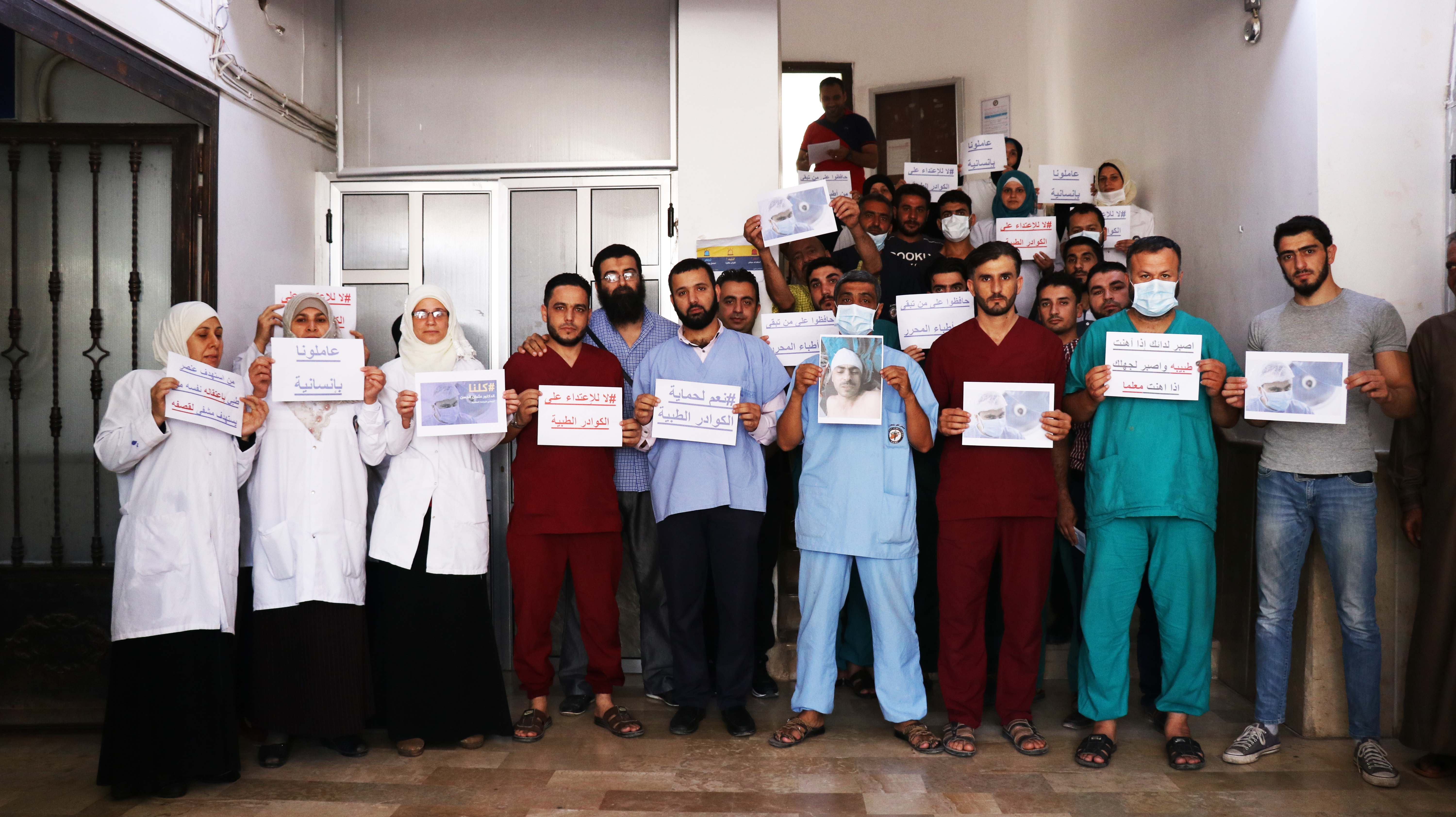 As a consequence of these unwarranted attacks on medical staff and facilities, SAMS joins with 17 fellow humanitarian organizations in suspending all non-emergency operations in our facilities for two days. We demand a commitment from all parties to respect medical neutrality and to hold those who violate it accountable.