SAMS was proud to join The Syria Campaign for events in New York and DC with two members of Syria’s civil defense, Raed and Khalid. The “White Helmets,” or Syrian civil defense, are organized volunteers who act as rescue workers in areas like Aleppo and Idlib, running to areas that have been bombed saving people in the rubble. In the last six months, they have saved more than 2500 lives. We are proud to work with such heroes inside of Syria.

For more information on the heroic civil defenders, visit the White Helmets website. 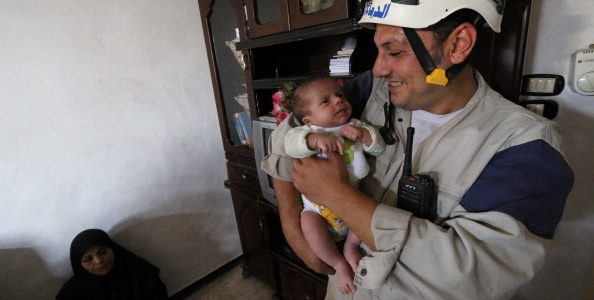