On May 24 at the World Humanitarian Summit in Istanbul, Turkey, SAMS co-led a side event along with the Syrian Relief Network, Syria Relief and Development, Union of Medical Care and Relief Organizations (UOSSM), and Sawa for Development and Aid. Additionally, the SAMS Foundation Chair, Dr. Majd Isreb, presented our core commitments at a high level roundtable session at the summit. 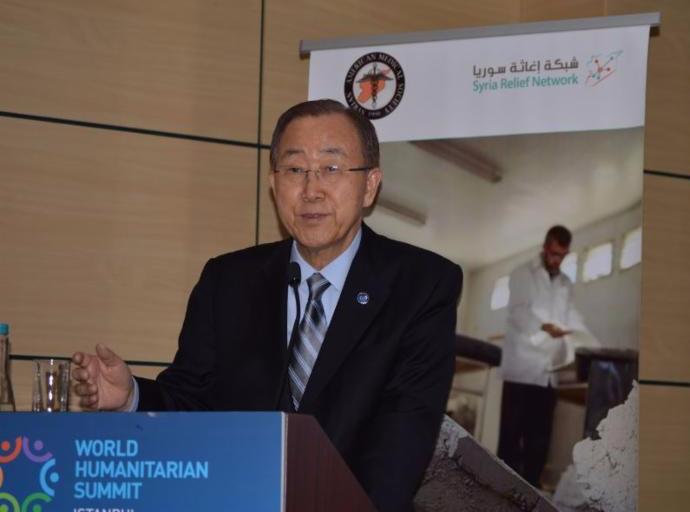 UN Secretary-General Ban Ki-moon attended the side event, entitled Syrian Humanitarians from the Ground: Challenges and Lessons of Local Leadership, brought together over 150 stakeholders at the World Humanitarian Summit to hear from six Syrian humanitarian leaders and two UN coordinators of the Whole of Syria response. The event brought local NGOs together to share their combined experiences, challenges, learned best practices, and needs in order to educate humanitarian stakeholders about the reality of being a national humanitarian organization, and how to most efficiently and effectively support local communities. Dr. Ahmad Tarakji, SAMS President, moderated the event and introduced Secretary-General Ban Ki-moon.

The Secretary-General thanked SAMS and the other Syrian NGO participants, and said, “Despite this continuing horror, Syrians working to help and protect each other every day are an example of humanity and bravery to the world. Syrian humanitarian workers have paid a terrible price for their bravery.” 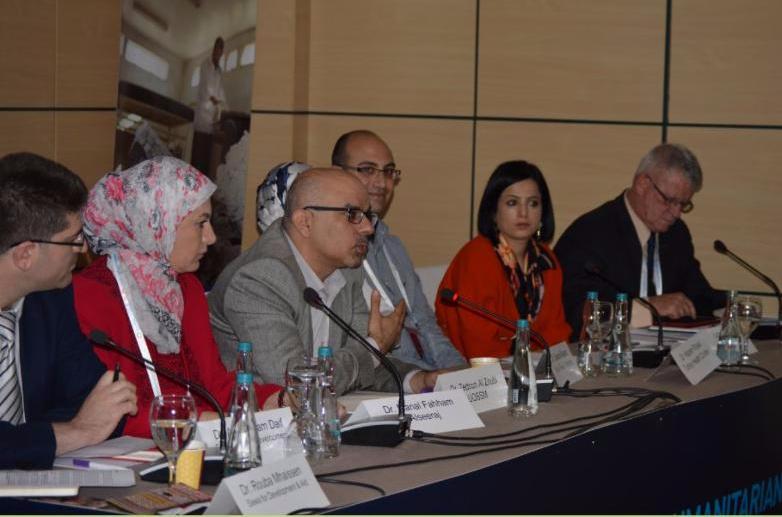 Dr. Tarakji said at the session, “As stakeholders meet at the World Humanitarian Summit, we must acknowledge the reality of what we face in Syria and in our response: Civilians are targeted daily and over one million Syrians are besieged. Hospitals, schools, and humanitarian projects are developed only to be destroyed by aerial attacks and shelling. We see an imminent funding fatigue around the emergency response inside of Syria. We feel unbalanced partnerships and risk between international and local organizations. Too often, there are limited platforms for Syrian NGO leadership in the humanitarian response planning and design – though Syrian NGOs are at the forefront of assistance distribution, service provision, local skills trainings, and creative programming.”
Secretary-General Ban Ki-moon was presented with the Book of Syria’s Dead, which documents 100,000 names of Syrians who have been killed in the conflict. Taking the book, Ban Ki-moon said, “I am receiving this book with a heavy, heavy heart. This is a totally unacceptable situation.” He later added, “Attacks on hospitals are war crimes and those responsible must be held accountable.” 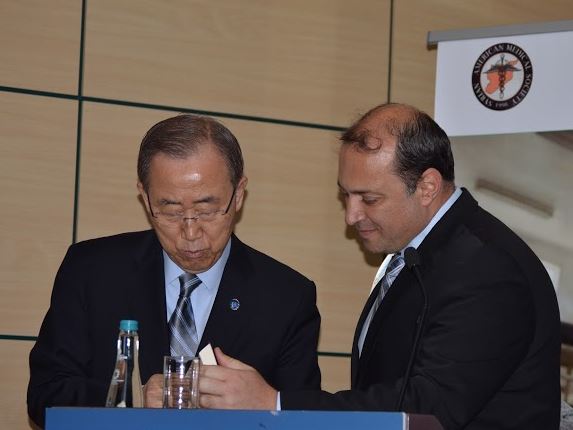 SAMS and the Syrian NGO participants gave a range of recommendations – from increased protection mainstreaming to enhanced access – but specifically put forth four requests for UN counterparts: